The New York Mets climbed back into the World Series with a crucial 9-3 victory over the Kansas City Royals at a jubilant Citi Field.

Lifted by the roars of the home crowd, a pair of two-run home runs, and gritty pitching by rookie Noah Syndergaard, the Mets narrowed the deficit in the best-of-seven ‘Fall Classic’ to 2-1.

Mets manager Terry Collins said it had been vital his team avoided going 3-0 down, a deficit no club has overcome to win a World Series.

“Sure, when you get down 3-0 it’s really difficult,” said Collins. “I just thought it was a real big game for us.”

Captain David Wright blasted a homer in the bottom of the first off Yordano Ventura to give New York a 2-1 lead, and after the Royals scored two runs in the second, Curtis Granderson hit a shot over the right-field fence in the third for a 4-3 lead.

A four-run outburst in the sixth, helped along by some sloppy Royals fielding, put the game out of reach as Wright broke out of a postseason slump by going 2-for-5 with four runs batted in.

The Mets, the National League champions, will try to square the series in Game Four in New York on Saturday. 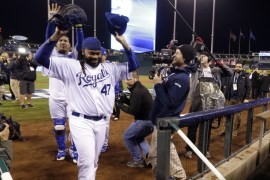 Pitcher Cueto stars in 7-1 thumping of the Mets as the Royals win Game Two. 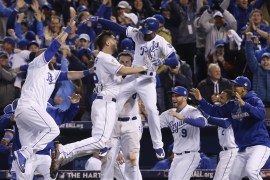