Misbah-ul-Haq and Younis Khan made half-centuries as Pakistan ambled to 222 for three at close on day three of the second Test, 358 runs ahead of England after Wahab Riaz and Yasir Shah had scuttled the tourists’ lower order before lunch.

It was a truly abject day for England who lost their final seven wickets for 36 runs to be all out for 242, wrecking their chances of becoming the first team to defeat Pakistan in a Test series in the UAE.

That collapse meant England needed to bowl out Pakistan cheaply to stand any chance of a remarkable comeback and Alastair Cook’s men got off to the best possible start.

Opener Shan Masood (one) had been fortunate as a diving Jos Buttler spilled his nick off Stuart Broad, but England’s wicketkeeper made amends, snaffling another Masood edge off James Anderson the following over.

The hosts were one for one and Shoaib Malik (seven) lasted little longer, edging a full Mark Wood ball on to his stumps which reduced Pakistan to 16 for two.

But if England were hoping to spark a collapse similar to their own earlier surrender they were left disappointed as Pakistan’s batsmen proved more obdurate.

Captain Cook used seven bowlers in the search for another breakthrough and Mohammad Hafeez (51) eventually fell after edging Wood to Joe Root at slip.

Starting their partnership at 83 for three, Younis and skipper Misbah were sensible, waiting to punish errant deliveries and taking minimal risks.

Younis passed 9,000 Test runs and Pakistan’s record scorer reached his 30th Test half-century with a four to fine leg. Misbah got to his 31st test 50 after slogging the hapless Adil Rashid for two sixes in the same over.

Younis reached the close on 71 not out with Misbah on 87.

Earlier, England’s batsmen registered 24 runs in the first six overs of the morning and seemed at ease.

Yasir (4-93) dismissed Rashid (nought), caught by Hafeez in the covers, and Bairstow (46) lbw in the same over as England slumped to 223 for eight.

Wood (one) was Yasir’s final victim via Younis at slips and Anderson (four) was last out, looping a catch to Sarfraz off Imran Khan. 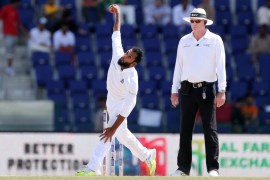 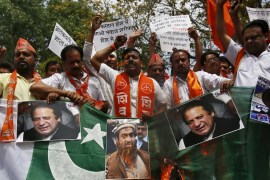