Guangzhou Evergrande will take on Al-Ahli in the Asian Champions League final after holding Japanese champions Gamba Osaka to a goalless draw in their semi-final second-leg and advancing 2-1 on aggregate.

The Chinese outfit will play the UAE club in the two legged final next month after the latter edged out Saudi Arabia’s Al-Hilal 4-3 on aggregate following a dramatic second leg in Dubai.

While Al Ahli will contest a first final, it will be a second for Guangzhou after they won the biggest prize in Asian club football in 2013.

Luiz Felipe Scolari’s Guangzhou side are sure to face a sterner examination from the Al-Ahli than they faced in Osaka on Wednesday, with Gamba, the last Japanese winners of the tournament in 2008, surprisingly flat.

The Japanese opted to leave top scorer Takashi Usami on the bench for the second-leg and despite bossing possession in the opening period it was the visitors who looked more dangerous on the counter.

Elkeson and Ricardo Goulart had the best of the chances for Guangzhou, who could afford to leave Brazil international Robinho out of their ACL squad.

The former Bayern Munich forward was able to fashion a couple of half chances and showed some neat touches but the Chinese survived to make another final. 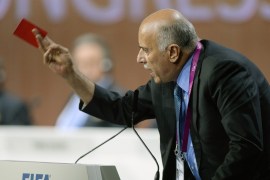 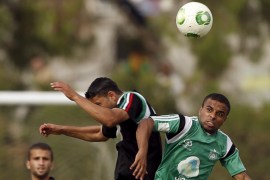 Historic match ends in stalemate and was witnessed by around 7,000 fans in Gaza.