Rafa Nadal had to toil for almost three hours to beat Ivo Karlovic and move into the third round of the Shaghai Masters.

In contrast, top-seed Novak Djokovic breezed through with a 6-2 6-1 victory over Martin Klizan.

After trailing 3-5 in the opening set, Nadal produced a series of stunning returns to break Karlovic in the 10th game to claim the lead.

The Croat, however, refused to give up, prevailing in the second set tie-break to force the decider, which again went to the wire before the Spaniard claimed victory.

There was no such drama for Djokovic as the world number one dropped only three games against Klizan.

Eyeing a third Beijing-Shanghai double, Djokovic converted half of the 10 break points that came his way to sweep aside his error-prone Slovak opponent.

French Open champion Stan Wawrinka also maintained his winning run with a 7-6(3) 6-3 victory over Viktor Troicki to set up a third-round contest with Marin Cilic. 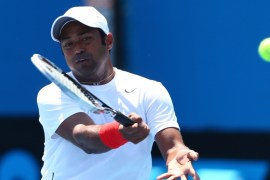