The Tampa Bay Lightning spotted the Bruins two early goals but roared back and ended a 10-game losing streak in Boston with a 6-3 victory over the Bruins.

The Boston loss, giving the Bruins their first 0-3 start since 1999-2000, came in the season debut of defenceman and captain Zdeno Chara, who missed the first two games with an upper body injury.

Elsewhere, centre John Tavares had a goal and two assists as the New York Islanders earned their first win in Brooklyn by defeating the Winnipeg Jets 4-2.

Goaltender Thomas Greiss earned his first win as an Islander by stopping 22 shots.

Jack Eichel scored a highlight-reel goal 9:21 into the third period to lead the Buffalo Sabres to a 4-2 victory over the Columbus Blue Jackets. 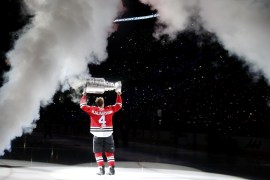 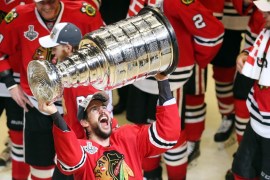 Keith scores opening goal in Game Six against the Lightning before being named MVP for the playoffs.