The Houston Astros eased into the next round of the Major League Baseball postseason with a 3-0 shutout of the New York Yankees in their Wild Card playoff game.

Keuchel, 20-8 this season and pitching on three days’ rest for the first time, silenced the New York crowd of 50,000 by running his scoreless streak against the pinstripes to 22 innings in 2015.

“I didn’t think we would play that well,” Keuchel said in a post-game interview.

“I thought we’d play a bit better than average but I didn’t think we’d come to Yankee Stadium and play that well.”

Relievers Tony Sipp, Will Harris and Luke Gregerson pitched one scoreless inning each to combine with Keuchel on the three-hit shutout.

Houston tacked on the last run in the seventh on an RBI-single by Jose Altuve off reliever Dellin Betances in the seventh that drove in Jonathan Villar after he had stolen second base.

The victory lifted the Astros, appearing in the playoffs for the first time since 2005, into a best-of-five American League Division Series against the Kansas City Royals, starting Thursday.

On Wednesday, the National League Wild Card game will be contested in Pittsburgh, with the Pirates taking on the Chicago Cubs in a showdown between NL Central clubs.

The other AL Division Series will see the Toronto Blue Jays, back in the postseason for the first time in 22 years, at home to the Texas Rangers. 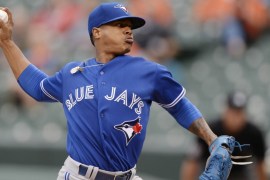 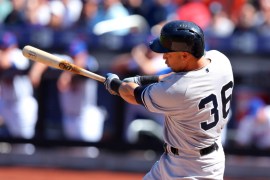