Argentina all but secured their place in the Rugby World Cup quarter-finals as they subdued Tonga’s physicality and flair to claim a 45-16 bonus-point victory.

The win lifts the Pumas above Tonga to second place in Pool C, with the Pacific Islanders yet to play group leaders and defending champions New Zealand while Argentina need only beat Namibia to seal their passage to the last eight.

Tongan centre Siale Piutau had said that Tonga’s “wolf pack mentality” would hound the Pumas into submission and they certainly gave as good as they got in a free-flowing first half to trail 20-13 at the break, with two tries apiece.

Ultimately, however, Argentina flyhalf Nicolas Sanchez proved the difference, tormenting Tonga with the boot and ball in hand, weighing in with 25 points from four penalties, four conversions and one of the Pumas’ five tries.

Argentina got five tries to get a bonus point that should seal a place in the last-eight, unless the Pumas lose to Namibia, and Tonga gets an unlikely win with a bonus point against tournament favorite New Zealand in their last games.

The crowd of 29,124 at Leicester’s City Stadium included Diego Maradona, and he turned into the number one cheerleader.

Sanchez, who ran the show for the Pumas, and he became the tournament’s leading point-scorer with 51. 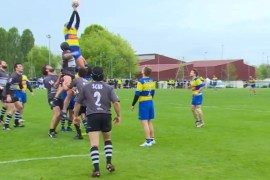 Players have become faster and stronger, prompting concerns about use of illegal means to get there. 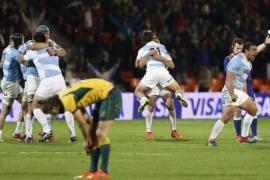 Without a coach and significant results in the recent past, the team’s graph is all downhill.