Rory McIlroy was in a class of his own as he seized a four-shot lead with a six-under-par 66 after the third round of the Dubai Desert Classic.

The world number one reeled off five birdies in the opening eight holes before picking up his sixth shot of a faultless round at the 17th to finish with a 20-under tally of 196.

“The front nine was very good as I didn’t put a foot wrong and when I missed a short putt on 10 it seemed like that momentum I had just sort of went away and I had to scramble a little bit for pars coming in,” McIlroy told reporters.

“It was nice then to make a birdie on 17 … and to go out there today with no bogeys for a second day in a row.”

McIlroy heads to Dublin on Monday for a High Court date to settle a long-running dispute with his former management company but that seemed the furthest thing from his mind.

Scotland’s Stephen Gallacher, chasing his third straight Desert Classic victory, was back on 203 after a 70.

Also on 13-under were English pair Andy Sullivan and Danny Willett and Bernd Wiesberger of Austria. 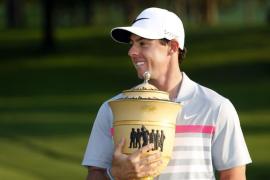 Northern Irishman back on top of the list after winning the WGC-Bridgestone Invitational event by two strokes. 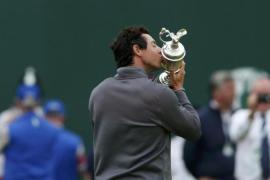 Golf’s world number two moves on from his British Open victory earlier this month and lists his aims for the future.