Substitute James Troisi scored halfway through extra time to give tournament hosts Australia their maiden Asian Cup title with a 2-1 victory over South Korea in a pulsating final.

South Korea’s Son Heung-min scored in stoppage time at the end of 90 minutes to send the match into the extra half an hour, cancelling out Massimo Luongo’s strike on the stroke of halftime.

It was just before another break with 105 minutes on the clock that Troisi put the ball into the net from close range to make Australia champions of Asia nine years after they switched from the Oceania confederation.

Former World Cup semi-finalists South Korea had ridden their mean defence to a first Asian Cup final since 1988 but despite being the better side for much of thee match came up short in their bid for a first title in 55 years.

Luongo’s goal was the first they had conceded in the tournament and for most of the second half it looked the goal-shyness which characterised the start of their campaign had returned to haunt them.

Australia’s route to the title: 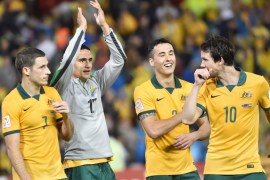 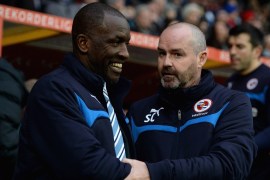 Too black to coach?

The absence of black coaches in world football has been explored in a new Al Jazeera English programme.