Australia stunned United Arab Emirates with two goals in the first 14 minutes to reach a second successive Asian Cup final with a 2-0 victory at a rain-soaked Newcastle Stadium.

The Socceroos lost to Japan in the final four years ago and will now take on another East Asian power in South Korea in Sydney on Saturday looking to seal a first continental title at their third attempt.

Defenders led the way for the goal-happy hosts with Trent Sainsbury heading them in front after three minutes and Jason Davidson doubling the lead 11 minutes later.

The UAE had stunned champions Japan in a penalty shootout to reach the semi-finals for the first time since 1996 but another upset never looked on the cards after Australia’s early salvo.

The UAE probably deserved a goal but Ali Ahmed Mabkhout had his shot smothered by Sainsbury in the dying minutes to leave his tally for the tournament at four.

“It is not easy to come back after conceding two goals through mistakes in the first 15 minutes,” UAE coach Mahdi Ali told reporters.

“We did our best but I think Australia deserved to win, they were the best team in the game.” 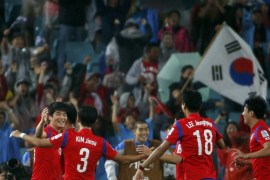 Beat former champions Iraq 2-0 in the semi-final; Will take on either UAE or hosts Australia for a shot at the trophy. 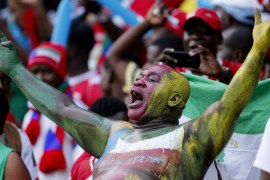