Ross Taylor and Kane Williamson fell agonisingly short of centuries but New Zealand’s imposing total ensured they beat Sri Lanka by 120 runs in the sixth ODI to take an unassailable 4-1 lead in their seven-match series.

Both batsmen fell in their nineties after combining in an 117-run partnership that powered New Zealand to 315 for eight wickets.

Sri Lanka’s Kumar Sangakkara tied the record for most ODI dismissals by a wicket-keeper and then returned to top-score for his team with 81 but their meek chase ended in the 41st over when they were shot out for 195.

Sri Lanka lost their last seven wickets for just 49 runs with New Zealand all-rounder Corey Anderson taking four for 52 and Mitchell McClenaghan picking up two in a strong bowling display by the hosts.

“You are not always going to get wickets, but today it was nice. It was nice to get through 10 overs today as well,” man-of-the-match Anderson said at the presentation ceremony.

“Feeling reasonably good with the bat, and I thought the way Rosco and Kane played helped make my job easier.” 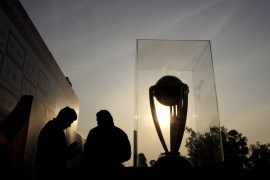 Will be tough to fix World Cup matches – ICC chief

Best prepared we have ever been, says the ICC chief ahead of the global event that starts next month in Aus and NZ. 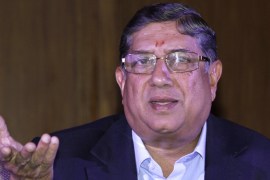 Indian cricket chief cannot run for the board’s presidency while having a stake in the IPL side, according to the court.