The year 2014 may well go down as the year of the super-coach as four former Grand Slam champions returned to the tour on a semi-permanent basis and, once again, made their presence felt.

The trend of big-name hires shows no sign of abating in 2015 with Lindsay Davenport and Martina Navratilova looking to weave some magic into the games of Madison Keys – who knocked Petra Kvitova out of the 2015 Australian Open – and Agnieszka Radwanska.

There appears to be a hint of largesse in the way the superstars are able to flash the cheque books with relative abandon as they seek that vital edge. Some feel the vast riches at the top end of the game simply serve to widen the disparity between the game’s elite and the rest like never before.

Andre Agassi was once considered revolutionary for hiring a full-time fitness trainer in Gil Reyes. But Andy Murray revealed that his team comprised as many as 16 people last year.

While Murray was able to hire Ivan Lendl for an annual salary believed to be in the region of $700,000 plus bonuses, Delic – who spent much of his career on the second tier challenger tour – was rarely able to afford a travelling coach.

For players ranked around 100, the outlay is typically $1,000-$1,200 a week plus expenses. Given that the prize-money for winning an average challenger is just over $7,000 – while a first-round loss nets you $500 – players are often left in a quandary.

A travelling coach is vital to move up the levels, but a significant financial risk. Even on the ATP Tour, affording a coach isn’t easy unless you win regularly. First-round losers in Auckland and Sydney at the start of the year picked up around $4,000, a pay cheque which doesn’t go far when it has to cover multiple hotel bills, flights, food and a salary.

“You can progress without a coach but you’ll always be behind someone who has another set of eyes watching over them,” Delic told Al Jazeera.

“So players who have access to a physio, chef, masseuse, conditioning coach, agent and stringers on a 24/7 basis, you can’t deny that helps. Having a coach or a physio, let alone both, is a luxury for most of the players especially as challenger prize-money levels are laughable for the standard of competition.”

World number 60 Vasek Pospisil feels the real value of large coaching teams comes from aiding recovery, a vital part of reaching the latter stages of tournaments and that’s what gives the elite stars an extra edge.

“The importance of recovery is second to none as you get higher,” says Pospisil who reached a career high of 25 in 2014.

“Everyone is on top of it and if you don’t recover well and go out into your next round, you’re already down a set. If you want to reach the next level, you need to be fitter, eat healthier, recover better between matches and be able to fine tune your game. It can be a lot of things to manage all by yourself and having a team around you can make that crucial difference.”

“All ATP events have several physiotherapists and massage therapists that are available to the players but to be top-20 and go higher, a small difference can make a big difference. Having your own physio, working on you whenever you need it, can make that difference.

“But the most important person is still the coach. If he’s good, he can be your biggest asset. But if he’s not up to scratch and you’re paying out of pocket for him, he can be a liability.”

Delic felt that the huge appearance fees that Djokovic and Federer receive at many tournaments – just to turn up – could instead be used to boost the prize-money for those further down the ladder.

“I do believe the top-ranked guys should earn the top dollar. At the beginning of a tournament everyone has a fair chance. The more you win, the more you get paid. But only a select few have access to appearance fees which offsets any $700,000 coach that they hire.”

Pospisil did acknowledge that Djokovic and Federer were once in the same boat as everyone else and through their ability, they have earned their privileges.

“No one is pretending that these teams aren’t an advantage. They are. But you can’t call it unfair because through a combination of work ethic, natural ability, good coaching, family support, and luck, they passed the rest at a young age.

“This earned them more opportunities which made them even better until they reached the level where they can afford whatever they want or need to increase their stranglehold on the competition.” 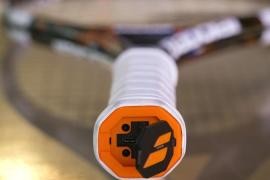 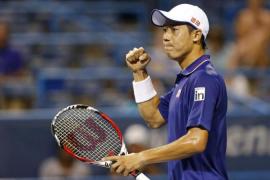 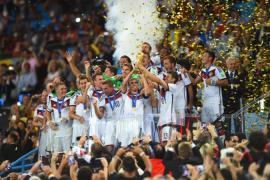