Luis Suarez bagged a double for Barcelona but their 2-1 victory over Las Palmas came at a cost as Lionel Messi was ruled out for up to two months after damaging knee ligaments.

Barca, who were looking to rebound from a 4-1 hammering by Celta Vigo on Wednesday, lost Messi after just nine minutes following a clash of legs.

The Argentine, who was in the process of shooting, collided with Daniel Castellano after three minutes.

He tried to continue but was eventually forced off the pitch, with the club later confirming that tests had shown he had suffered knee ligament damage.

Meanwhile, Villarreal went top of La Liga with a 1-0 victory over Atletico Madrid after a toothless Real Madrid were held 0-0 at home to 10-man Malaga.

Villarreal’s victory came courtesy of a goal from Leo Baptistao, who finished clinically having been found by Roberto Soldado inside the area after 14 minutes to secure their fifth straight win.

The best chances for a below-par Atletico fell to Antoine Griezmann at the end of each half, but he was denied by Villarreal keeper Alphonse Areola.

Villarreal are surprise leaders with 16 points from six games, a point more than Barca and two ahead of Real. 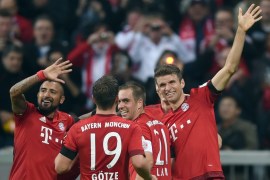 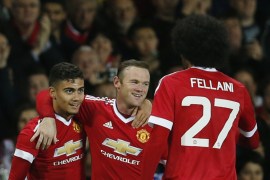