Former world number one Tiger Woods announced that he underwent back surgery earlier this week and will be sidelined for the rest of this year.

The 14-time major champion, who had a similar procedure on his back in March 2014, hopes to return to competition in early 2016.

“This is certainly disappointing, but I’m a fighter,” Woods, 39, said in a statement on his website.

“I’ve been told I can make a full recovery, and I have no doubt that I will. This is unfortunate, but these things happen. I’ve been injured before and played again. It won’t be any different this time.”

As a result of the microdiscectomy surgery, Woods will not be able to compete in the PGA Tour’s October 15-18 Frys.com Open, as he had initially planned.

He also was scheduled for two unofficial events, the America’s Golf Cup in Mexico and the Hero World Challenge that he hosts in the Bahamas.

Woods, who turns 40 in December, last played at the Wyndham Championship in Greensboro, North Carolina, four weeks ago.

He showed glimpses of his old form, finishing equal 10th, but appeared to walk with a gingerly gait, something he attributed at the time to a hip problem.

The latest surgery raises further questions as to whether the man who spent a record 683 weeks ranked number one in the world will ever regain his former greatness.

Woods seemed destined to become the most prolific major champion ever when he captured the 2008 US Open for his 14th major title, but he has not added to the list over the ensuing 30 majors.

His hopes of matching the record 18 majors won by Jack Nicklaus are fading with every passing major, as history shows how difficult it is to win multiple majors once a player gets into his early 40s.

Woods played only 11 official events this year and did not qualify for the PGA Tour’s FedExCup playoffs currently being staged. He is ranked 283rd in the world. 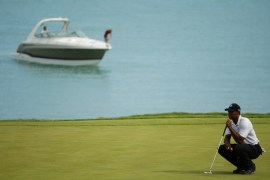 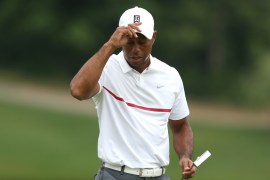 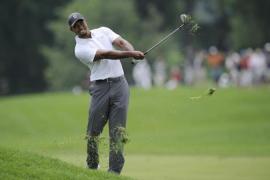