Roger Federer is hoping to have time to put his feet up as he prepares for his US Open semi-final with compatriot Stan Wawrinka on Friday.

For the second-seeded Swiss that means concentrating as much on his restorative sleep as it does on hitting the practice court.

The 34-year-old has not dropped a set as he has blazed a trail through this edition at Flushing Meadows in the quest for a sixth trophy in New York.

While his glory run of five straight titles from 2004 to 2008 is now a pleasant memory, Federer’s game is in such devastating touch that his confidence level is understandably rising.

The father of four said that getting his proper sleep is key to recovery.

“For me, sleeping has become quite important,” said Federer. “I make sure I sleep enough. It’s really the sleep that gives you energy again down the road.

“That’s why the next two days are very important for me in terms of sleeping,” said the player who said he loves to manage nine or ten hours of rest each night.

It’s also the fitness for the court-smart veteran with a record 17 grand slam singles titles.

“I guess I’m more professional these days; whereas when I was coming up on tour I would bounce up and down for two minutes and then just walk out to the practise and do almost the same for the match,” he said of his minimal fitness regime of a decade and a half ago.

“These days I take more time, put in more of the core exercises, do more stretching. Sometimes I just can’t wait to get off the [treatment] table again honestly. It’s nice not to be on there all the time.” 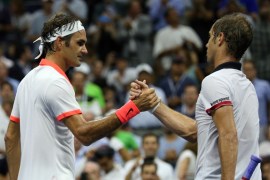 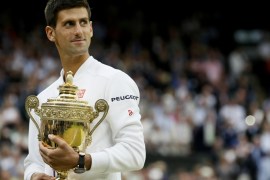 World number one and three-time Wimbledon champion has lost just three matches out of 61 since becoming a father.