For Mohamed*, a 23-year-old member of Ultras White Knights (UWK) – a hardcore group of football fans that support Cairo-based Zamalek Sporting Club – Sunday started with a sense of excitement.

For the first time in over three years – since the February 2012 Port Said disaster in which 74 al-Ahly fans died – spectators were allowed to attend an Egyptian Premier League match.

Yet, Sunday turned into another day of tragedy as at least 19 Zamalek fans died following clashes with the security forces outside the stadium. The deaths are likely to trigger further unrest.

“We will take our revenge as we know the government won’t take any action, except to announce the opening of an investigation that will lead to nothing,” said Mohamed.

A large number of fans had turned up at the Air Force Stadium in Cairo hoping to gain entry into the match between Zamalek SC and ENPPI. The authorities had allocated 10,000 tickets for the match in the 30,000 capacity stadium, although only 5,000 were available to the public.

Many were trampled and crushed in a stampede as supporters fled tear gas and birdshot used by the police to disperse fans massing at the stadium’s gates – including many who were in a narrow metal tunnel that had been constructed to regulate the numbers entering the stadium.

The UWK said that 28 of their members were killed, while the Ministry of Health reported that 19 bodies had been taken to public hospitals.

A “large numbers of ticketless fans tried to storm the stadium, which caused security forces to prevent them from damaging the stadium facilities”, the Ministry of Interior said in a statement.

“This incident was well arranged,” countered Yusef*, another member of the UWK who had attempted to enter the stadium. “[It] is connected to the January 25 revolution.”

Like the Ultras Ahlawy – who support Zamalek’s rival al-Ahly – the Ultras White Knights were formed in 2007. Their members are overwhelmingly men in their teens and early 20s.

The ultras of various clubs were one of the few groups to regularly confront the police during ousted President Hosni Mubarak’s time in power. Their street-fighting effectiveness came to the fore when they united to battle the security forces during the protests that toppled Mubarak.

They also played a significant role during demonstrations against subsequent governments and in the ongoing protests on university campuses.

Although they admit to regularly clashing with the authorities, leading members of the UWK claimed that they only react to police violence.

UWK leaders also claim that, as a group, they have no political affiliation and that they are united by a passionate loyalty to the club and the game. Many share an intense animosity towards the security forces and a distrust of the government and authorities within the sport.

Timothy E Kaldas, a professor of politics at Nile University, said that Sunday’s incident was unlikely to be premeditated and that the deaths were more a result of police incompetence and impunity.

“The police are not particularly skilled at dealing with crowds or even using their own equipment, and there is no pressure on them to change because there is no accountability,” said Kaldas.

The deaths are the latest in a number of mass killings involving the security forces since the 2011 uprising.

Supporters increasingly clamoured for a return to the stadiums following the ban on league attendances that followed the Port Said disaster.

Hatem Maher, a senior editor at Ahram Online and freelance editor at African Football Media, said that the authorities had recently been trying to reduce tensions with fans, allowing Ultras Ahlawy to attend the Confederation Cup final in December. “After which president Sisi and local media made a very unusual move of praising the ultras because ‘they behaved well’.”

The authorities announced that spectators would be allowed to attend league matches again in the second half of the season, starting on Sunday. Yet, Maher said that Sunday’s incident “marks the failure of the government to ease tensions with the ultras groups”.

This begs the question as to why agreements, safety measures, and initiatives to work with the ultras were not implemented.

Some analysts argue that attempts to control football fans should be seen in the context of a widespread crackdown on dissent and nonconformity that has intensified since the general-turned-president Abdel Fattah el-Sisi ousted the Muslim Brotherhood-affiliated President Mohamed Morsi in July 2013.

Dozens of UWK members were arrested last year in a series of protests and incidents relating to an escalating feud with Zamalek’s President Mortada Mansour, who was a prominent figure during the Mubarak era and is an ally of President Sisi.

Mansour has consistently equated the ultras with the outlawed Muslim Brotherhood, and last year brought a series of private lawsuits against the UWK to have the group banned and designated as terrorists. A court is set to rule on the lawsuits.

RELATED: Football and politics in Egypt: An explosive mix

The incident on Sunday renews the rancour of the feud with Mansour, who was quick to blame the ultras for the violence. UWK member Mohamed reacted by saying that Mansour had announced there would be a surprise for the fans at the stadium. “Was the surprise to kill us in a trap?” asked Mohamed angrily.

James M Dorsey, author of a blog and forthcoming book about football in the Middle East, says that football presents the authorities with a dilemma in a country that is infused with fanaticism for the sport. “This is a government that, like its military predecessor [SCAF] as well as the Mubarak government, does not tolerate any uncontrolled public space. You can close off Tahrir Square but you can’t permanently shut down soccer stadiums.”

Dorsey argues that the stadiums provided a release valve for the anger and frustration of young men, but also that the authorities fear they inculcate dissent.

The death of the fans, says Dorsey, is likely to politically galvanise the ultras, who were one of Egypt’s strongest social movements: “It indicates that there is no willingness on the part of the Egyptian government to ease the crackdown on the ultras, or on political dissent.”

“The consequences will be bad and there might be more casualties soon,” said Maher. “The Ultras White Knights group will definitely retaliate, although it’s not yet clear what they are going to do exactly.”

Kaldas agrees that the deaths are likely to trigger more clashes between the police and ultras in the near future, but thinks the political fallout is likely to be limited.

Kaldas also questioned the political power of the ultras movement. “While they can mobilise their supporters, they can’t really mobilise much more beyond that. And while their supporters might be impressive in terms of street presence, they are not necessarily numerically substantial in a country of 86 million people.”

Although Sunday’s match went ahead, the government later announced the indefinite postponement of the league. Sisi expressed “great sorrow” over the deaths and promised an investigation.

“We don’t believe in the state’s justice,” said UWK member Yusef. He said that the ultras will take action, but did not provide details. “There will be no football till we get the rights of the martyrs.”

Whether the deaths fundamentally shift public opinion is debatable. “The incident can only make more people sympathise with the ultras, but all of that will vanish following the first violent reaction [of the ultras], like what happened in Port Said and its aftermath,” says Maher.

*Names have been changed to protect the speaker. 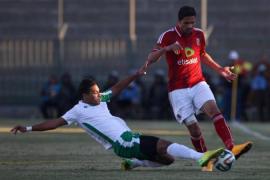