Morocco have been banned from the next two African Nations Cup tournaments as punishment for withdrawing from hosting the 2015 event over fears of the spread of the Ebola virus.

The Royal Moroccan Football Federation (FRMF) has also been fined $1m and ordered to pay $9.12m in damages to the Confederation of African Football and their partners, CAF said in a statement.

CAF’s executive committee rejected claims of force majeure from the FRMF and found the federation financially liable for the decision to withdraw from hosting the finals.

Morocco had asked for the tournament to be postponed by a year to allow the Ebola outbreak in west Africa to be contained.

The north African country was stripped of hosting rights by CAF in November as the tournament was switched to Equatorial Guinea.

CAF said at the time that Morocco’s concerns were alarmist, notably the fear the competition would attract tens of thousands of visitors from west Africa where the World Health Organization estimates almost 9,000 have died due to Ebola.

Moroccan Youth and Sports Minister Mohamed Ouzzine suggested at the time that players based in Europe would not take part in the tournament, rendering it a flop for all concerned, but that has not materialised. 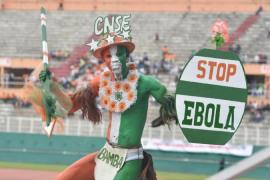 The 16-team event faces uncertain future after Morocco’s withdrawal due to the spread of the Ebola virus in the region. 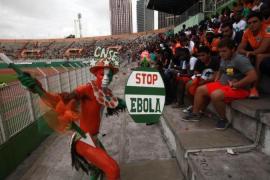 Hosts Morocco’s government wanted the football tournament to be postponed due to the spread of the Ebola virus. 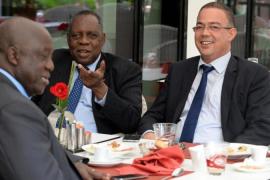