With Russia enduring doping scandals for months, Mutko vowed to crack down on doping among child athletes, which he suggested was the result of a system where youth coaches can be paid sizeable bonuses when young athletes win competitions.

While discussing ways to strengthen Russia’s anti-doping enforcement, Mutko said, “we will go down to children’s sports schools to give a slap on the wrist to coaches who want to win some kind of championship at any price and get a bonus”, in comments reported by R-Sport.

In cases of youth doping, “the (athlete) gets into the national team and can’t fulfil his potential”, he added.

The World Anti-Doping Agency and the IAAF have each opened investigations into claims of systematic doping by Russian athletes, following the broadcast in December of a German TV documentary. In it, whistleblowers alleged drug use in Russian track and field, and the Russian national anti-doping agency covered up positive tests by leading Russian athletes.

Last month, athletics’ world governing body said that since it introduced biological passports in 2009, more than half of all athletes banned under the testing system were Russians.

So far this year, four Russian Olympic champions have been banned under the system, including 3,000m steeplechase winner Yulia Zaripova, who stands to lose her 2012 Olympic gold medal after being banned last Friday. 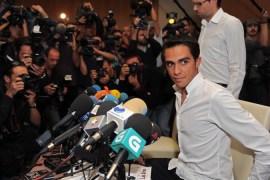 ‘We have a problem with doping’ 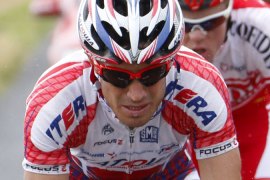