FIFA president Sepp Blatter has said that a full version of the report into alleged corruption surrounding the bids for the 2018 and 2022 Football World Cups would be released in “an appropriate form”.

The report will only be released once proceedings against individuals named in the report are finished, Blatter said in a statement on Friday after football’s governing executive committee voted unanimously to release the document.

“I am pleased they have agreed. It has been a long process to arrive at this point and I understand the views of those who have been critical,” Blatter said.

We have always been determined that the truth should be known. That is, after all, why we set up an independent Ethics Committee with an investigatory chamber that has all necessary means to undertake investigations on its own initiative

“We have always been determined that the truth should be known. That is, after all, why we set up an independent Ethics Committee with an investigatory chamber that has all [the] necessary means to undertake investigations on its own initiative.”

The report was drawn up by top US lawyer Michael Garcia who resigned on Wednesday in protest at the handling of the inquiry by FIFA’s leadership.

FIFA had been under increasing pressure to publish a redacted version of Garcia’s report to help shed light on what happened during the turbulent process for the tournaments awarded to Russia and Qatar respectively.

Garcia, who said himself that the report should be published, spent 18 months investigating allegations of corruption in the bidding process, during which he interviewed 75 witnesses.

In November, FIFA’s ethics judge Hans-Joachim Eckert issued a 42-page summary based on Garcia’s report which identified cases of “inappropriate conduct” in a number of the bids but said there was not enough evidence to justify re-opening the bidding process.

In Friday’s statement, Blatter reiterated that the bidding process for the awarding of the 2018 and 2022 World Cups would not be re-opened.

“We will not revisit the 2018 and 2022 vote and a report by independent, external legal experts commissioned by Mr. Scala supports the view that there are no legal grounds to revoke the Executive Committee’s decision on the award of the 2018 and 2022 World Cups,” he said.

FIFA had previously said it could not publish the 430-page report for legal reasons.

FIFA was undoubtedly in a corner but they are out of it now. They did not really have too much choice in the end but to have the full version published.

FIFA will get a lot out of it publicity-wise. Looks like they are finally being transparent, but they have resisted transparency for so long.

When the fuller version is published it may not be dramatically different from Michael Garcia’s summary.

I think people are expecting some damning evidence there, I don’t think it will be that at all. And actually won’t make FIFA look as bad as some people think it will.

In fact, it has turned out very well for FIFA after a very, very difficult year. Blatter is pleased with the way things are going.

FIFA will have its critics because it has done so many things in such a bad way over the last few years since the bidding for 2018 and 2022 took place.

You have got to remember there have been changes at FIFA and Blatter should be given some credit for this. There are new people in executive committees. These people do have clean track records. It’s a shame that some people who were part of what was seen as a corrupt executive committee, a lot of them have managed to hang on and are still there.

But changes have already started; the process is already being changed. There won’t ever be a farce like this at FIFA in future bids. FIFA does seem to be starting to move in the right direction. 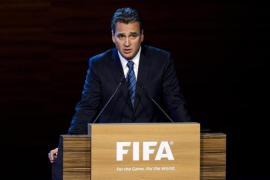 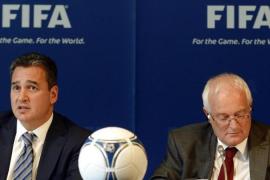