Britain’s Queen Elizabeth II has declared the London Olympics open following an extravagant celebration that included Bond, the Bard and a Beatle.

London’s seven-year countdown to the Games came to a crescendo on Friday with a stunning, imaginative, whimsical and dramatic celebration of the host country.

Steve Redgrave, who won gold medals at five consecutive Olympic Games from 1984 to 2000, caried the Olympic torch into the stadium, with seven young British athletes then lighting the Olympic cauldron.

Afterwards, Beatles star Paul McCartney entertained the 60,000 people gathered at the Olympic Stadium with a rendition of “Hey Jude”.

An explosion of fireworks wrapped up the three-hour show masterminded by one of Britain’s most successful filmmakers, Oscar winner Danny Boyle, director of “Slumdog Millionaire”.

Former world heavyweight champion boxer Muhammad Ali appeared towards the end of the ceremony as the Olympic flag was brought into the stadium.

Earlier, Red Arrows planes streaming red, white and blue smoke had roared over the venue at 8:12pm or 20:12 GMT to mark the beginning of the celebrations.

Children popping balloons with each number from 10 to 1 led a countdown that climaxed with newly crowned Tour de France champion Bradley Wiggins ringing a 23-tonne Olympic Bell, from the same London foundry that made Big Ben and Philadelphia’s Liberty Bell.

Its thunderous chime echoed around the stadium. Bells in Britain have traditionally been pealed to celebrate the end of war and the crowning of kings and queens, and now for the opening of a 17-day festival of sports.

The show then shifted to a portrayal of Britain that Britons cling to – a place of meadows, farms, sport on village greens, picnics and Winnie the Pooh, AA Milne’s fictional bear who has delighted generations of British children tucked warmly in bed.

But the British ideal – to quote poet William Blake, of “England’s green and pleasant land” – was then to take a darker, grittier turn.

Boyle focused heavily on the industries that revolutionised Britain in the 18th and 19th centuries, turning it into the workshop of the world and giving Britons the might upon which they built an empire that reshaped world history.

The Industrial Revolution also produced terrifying weapons, and Boyle built a moment of hush into his show to honour those killed in war.

“This is not specific to a country; this is across all countries, and the fallen from all countries are celebrated and remembered,” he explained to reporters ahead of the ceremony.

James Bond actor Daniel Craig and the queen stole the show, appearing together in a short film beamed to the cheering spectators in the stadium and more than a billion television viewers around the world.

In the film Craig wore his trademark tuxedo and entered Buckingham Palace, where the 86-year-old monarch with her
two corgis at her feet turned from a writing desk and said simply: “Good evening, Mr Bond.”

Doubles of Bond and the queen then parachuted onto the roof of the stadium from a helicopter, and the national anthem and Union flag raising followed as the queen appeared in the stadium.

About 80 world leaders and US First Lady Michelle Obama were present at the event in the state-of-the-art arena at the Olympic Park, built in a previously run-down area of the city’s East End.

The opening ceremony, costing $42m, kicks off a two-week festival of sport in which 16,000 athletes from 204 countries share the thrill of victory and despair of defeat with 11 million visitors.

The Games will also answer the question on many Britons’ lips: Were seven years of planning, construction and disruptions, and a price tag of $14bn during one of the country’s worst recessions, actually worth it?

It follows China’s jaw-dropping curtain-raiser to the Beijing 2008 Games, when thousands of drummers, dancers and deafening pyrotechnics received wide acclaim — and ramped up expectations for the British show.

Excitement in Britain, which has built up to the Olympics with a nationwide torch relay, was at fever-pitch ahead of the ceremony with Union Flags visible in gardens, windows and streaming from cars.

Millions of Britons packed pubs and gathered with friends and relatives for the grand opening of the greatest show sports on earth, while thousands of excited fans gathered at big screens at London’s Hyde Park and other outdoor locations across the capital.

He said people had smiles on their faces and that concerns over costs of the event appeared to have faded away, being replaced with a “sense of excitement and a sense of pride of being British”.

Boris Johnson, mayor of London, the only city to host the Summer Games three times, said: “This is a very, very tense moment but so far I’m cautiously optimistic.”

“I’m just worried that I haven’t got enough to worry about at the moment,” added the mayor, known for his witty asides.

Counter-terrorism chiefs have played down fears of a major attack on the Games, and British Prime Minister David Cameron said that a safe and secure Olympics was his priority.

“This is the biggest security operation in our peacetime history, bar none, and we are leaving nothing to chance,” he said.

Al Jazeera’s Peter Sharp, reporting from Olympic Park in London, said that security would remain a high priority until the end of the games and that there was visible police presence on the ground, backed up on the ground by thousands of members of armed forces.

“On the Thames there’s a vessel there that houses the strike forces and commando units that can be called upon. We also know that anti-missile defences, rockets have been put on houses around the site of the stadium,” he said.

A series of doping scandals have tarnished the Games’ image in the buildup, with at least 11 athletes banned so far, and Greek triple jumper Paraskevi Papachristou became the Olympics’ first “twitter victim” when she was withdrawn from the team over tweeted comments deemed racist. 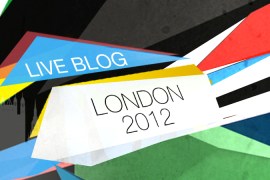 Our team of correspondents brings you all the news, information and results as it happens throughout the Olympics. 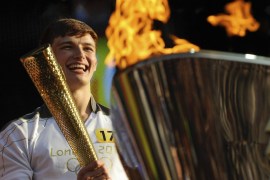 In Pictures: London gets ready 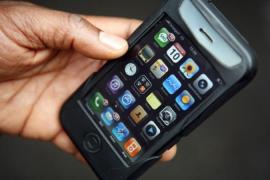 With 900 million people using Facebook and 500 million Tweeters, this is the first Games where we are all reporters. 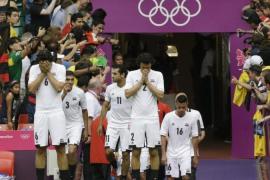 Swimmer says her bags had a big Nike logo in the front but zippers with Adidas branding.