After the compelling drama of the opening games of the Africa Cup of Nations, Andy Richardson reports from Bata on a Libya team who lost to Equatorial Guinea in the dying minutes of their Group A match, but who may have won a brighter footballing future after the fall of Muammar Gadaffi.

Libya qualified for the tournament in Gabon and Equatorial Guinea despite the upheaval of revolution. Andy talks to Walid El Khatroushi, a player who fought on the front line for rebel forces, and hears how players who spoke out in favour of Gadaffi have been dropped. 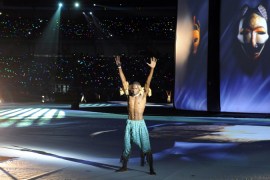 Co-hosts Equatorial Guinea get ball rolling at the Africa Cup of Nations and then score a late winner against Libya. 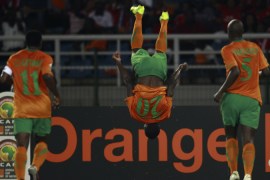 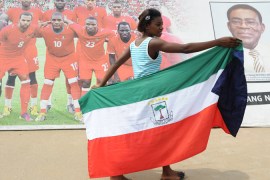 Find out when all the action takes place in Equatorial Guinea and Gabon during the 2012 Africa Cup of Nations.