The Ferrari team has only managed one race win this season but ahead of the Italian Grand Prix on Sunday team boss Stefano Domenicali is confident success on a bigger scale is just around the corner.

However, the experienced man at the helm of the Scuderia admits that consistent winning takes time.

Ferrari are busy laying the foundations for a new era of Schumacher-like dominance with Fernando Alonso and aim to be winning regularly within a year.

Speaking before the Italian Grand Prix, a race that Alonso won from pole position last year and one that holds a special importance in the heart of all Ferrari fans, Domenicali made clear the Spaniard was central to his team’s future fortunes.

Ferrari enjoyed unparalleled success with Michael Schumacher in the early years of the century, with the seven times champion winning five titles in a row for the Maranello team, and believe Alonso can bring back the glory days.

It took Ferrari five seasons to crown Schumacher a champion with them, the German joining in 1996 after two titles with Benetton and having to wait until 2000 for his third.

Alonso, also a double champion with Renault, joined in 2010 and narrowly missed out on the title. This year, with Red Bull and Sebastian Vettel dominant, the 30-year-old has won only once – also Ferrari’s sole win – but is signed up until the end of 2016 at least.

“I was part of the group since 1991 so I know very well the story,” said Domenicali of Ferrari’s travails after the end of their Schumacher era in 2006 and the hard years before that spent turning around the team in the 1990s.

“Before doing a fantastic season, we took six or seven years before being competitive, to win in a continuous way.

“So we are putting down once again the basis to be strong for a long time,” he added.

Domenicali is not only positive about his team’s future but also that of racing legend Michael Schuamacher.

The Ferrari team principal says that Schumacher, who is currently racing with Mercedes, still has what it takes to be a winner and silence the critics.

Now 42, the German has not stood on the Formula One podium since 2006 and has faced increased criticism from pundits who say he is over the hill.

“I would say that Michael, knowing him quite well, he has not changed his approach in the way that he is doing his job now,” Domenicali said.

“Honestly, I can see him fighting for something important if he has a great car.

“The difference from the past is that we were used to having only two drivers that were fighting. Now in this period we have four or five drivers that really, if you give them the same car, can challenge to be the winner.”

Red Bull’s world champion Sebastian Vettel has won seven of 12 races so far this season but both McLaren drivers Lewis Hamilton and Jenson Button have won twice each while Ferrari’s Fernando Alonso was triumphant in Britain.

Schumacher’s best result to date this year has been fourth place in Canada.

“Knowing him, the more you criticise him, the more he will want to show to everyone that he doesn’t deserve that,” said Domenicali.

“I think that if he has the chance to have a great car, I’m sure that he will show once again (what he can do).” 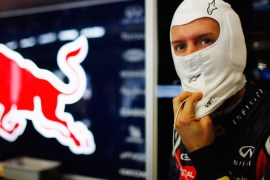 Vettel keeps an eye on Ferrari

World Champion says that the Italians are the team to beat as Webber tops practice at German Grand Prix. 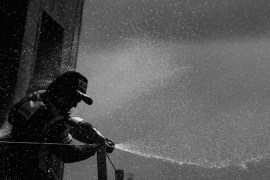 Ferrari: The dark horse of Silverstone

Joanna Tilley sees a win for traditional F1 racing as Fernando Alonso rises above the talk at the British Grand Prix. 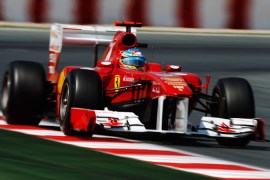 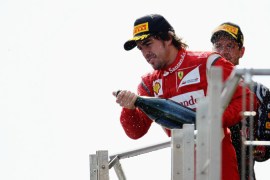 Last year’s runner-up aims to add to two world titles as he signs with Italians until end of 2016.