Innovative thinking is not something always associated with football administration.

Football at the highest level is linked to money, to corruption, to rivalry and at times, to violence, but the officials in charge too often fail to look outside the six-yard box when managing the sport.

However, this week a decision was made by the Turkish FA that was as innovative as it was brilliant.

The Turkish FA came up with a novel way of tackling crowd trouble by banning men from matches that involved teams previously sanctioned for unruly fan behaviour.

In a progressive move, the Turkish FA sent out a message to the world that they will not accept any more aggression and trouble on their terraces.

And it was the perfect time for the nation – tarnished by match-fixing and crowd trouble in recent months – to come up with the goods.

On Tuesday, the first match of its kind took place as more than 41,000 women and children under 12 gathered to attend Fenerbahce’s match against Manisaspor in Istanbul.

Unsurprisingly, it was an environment that went down rather well with the Fenerbahce players who performed in front of an audience they could only have dreamed of.

The event was reportedly an all-round success.

“This memory will stay with me forever,” Fenerbahce captain Alex de Sousa said after the game.

Manisaspor midfielder Omer Aysan was equally positive about the occasion: “It was such a fun and pleasant atmosphere.”

Instead of the usual provocative chants and swearing, the women and children eagerly cheered on both sides and before the match the players tossed flowers into the crowd.

“For the first time in the world, only women and children will watch a game. The women know all the chants. The same anthems, the same chants will be sung,” said Yasemin Mercil, a female member of Fenerbahce’s executive board.

The “no man policy” came around when Fenerbahce were ordered to play two home games behind closed doors after a tense game with Ukrainian champions Shaktar Donetsk escalated into violence in July.

Fans had stormed the pitch and attacked journalists for what they believed was critical coverage of the match-fixing allegations involving the league champions.

It was the final straw for a weary FA who had been exerting time and effort rebuilding Turkish football after match-fixing allegations brought shame on their nation.

The scandal has seen more than 30 people, including Fenerbahce’s chairman, jailed as part of an ongoing probe into alleged match-fixing that involves 19 games from last season.

However, from a dark place this positive little initiative has grown.

The ruling might have been primarily introduced to prevent Fenerbahce games taking place without their fans but this men-free policy has far greater ramifications for the sport.

The Turkish FA have stumbled upon an ingenious way to punish football thugs and hooligans without affecting the players and the environment of a match.

And there is no reason this ruling cannot also be introduced when other clubs are accused of match disturbances, or even racism allegations, in future.

Now that the Turkish FA have taken these bold steps against crowd trouble, it would be great to see this policy spread to other European nations and used to target clubs with bad reputations.

Admittedly it is still early days, but not only does this ruling appear to warn men their indiscipline will not be tolerated but it gives Turkish football some positive publicity at a time when it so badly needs it.

However, encouraging women to the terraces may not be enough to improve football in the long term.

Women need to be encouraged into the higher echelons of football as well.

Football associations, FIFA and media organisations reporting on football need to find ways to include more women in this male dominated world.

It is not a case of women being better than men – it is simply a case of balance and fairness.

We cannot know the difference more women in the game will make until we at least give it a go.

And who knows, maybe women can resolve other evils found in the sport and not just crowd trouble in Turkish football.

Joanna Tilley is a journalist freelancing with Al Jazeera on the Sport website. She has worked at Sky News, Sky Sports News, LBC Radio, Sportasylum.com, TNT Down Under and Wanderlust magazine. Follow her on Twitter (@joannatilley) or her website, sportjostyleeee.blogspot.com. 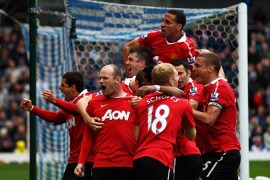 The demise of women’s sport

Coverage is becoming increasingly male-dominated thanks to football and Formula One – and women are going along with it. 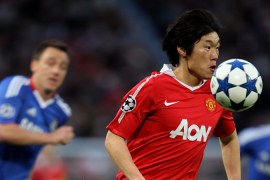