To the impatient Arsenal fans calling for the head of your manager: be careful what you wish for.

The 8-2 thrashing at Manchester United renewed the chorus for change in North London, with Sunday night’s capitulation leaving the Gunners in 17th position: already eight points behind their rivals after only three games.

Four days earlier, Arsenal had avoided another “catastrophe” by qualifying for the group stages of the Champions League with a battling play-off victory at Udinese.

It did little to quieten the chorus for change in North London.

Arsene Wenger is many things: overly serious, stubborn and occasionally myopic – but he is not a quitter. He still has the passion, determination and creativity to overcome the greatest crisis in his decade and a half in charge.

The camera cutaways of an agitated Wenger frantically running his hands through his rain-soaked hair as he watched the defeat to Liverpool at the Emirates Stadium last weekend had observers drawing comparisons with Roy Hodgson and Steve McLaren, who displayed similar ministrations before the end of their respective reigns.

The difference is that Wenger is not a journeyman coach but one of the smartest soccer educators of his generation. Even at the age of 61, he would relish the challenge to guide Arsenal through a critical period after the quick-fire departures of Cesc Fabregas and Samir Nasri.

The question is: will he be allowed to re-build by a board of directors driven by no-nonsense American magnate, Stan Kroenke, the largest shareholder? On the face of it, a trophy drought pushing seven years plus the exodus of some of Arsenal’s best players are disastrous.

But for many seasons, Wenger has been over-achieving against his biggest rivals including Chelsea, Manchester United and Manchester City, on an economic playing field which is no longer level. Describing it as ‘financial doping’ may be overly dramatic, but when you look at the comparative purses, you have to admire what the Frenchman has done whilst producing England’s most attractive football.

Indeed, after the Gunners’ victory in Italy on Wednesday, Wenger was quick to remind everyone that Arsenal were in the Champions League for a 15th consecutive season while maintaining a strong financial position, despite building a new stadium and training ground.

He remains an idealist but he is also a realist. Wenger knows that he will have to part with some serious money before the August transfer window closes and then again in January. To paint him as penny-pinching miser who will only buy cut-price teenagers is unfair.

The worst mistake that Arsenal could make is to sack Wenger and bring in a new, free-spending manager.

The Gunners should learn the lessons of Liverpool, who still haven’t properly recovered from the ill-fated Graeme Souness era that followed the hasty departure of Kenny Dalglish two decades ago.

Under Dalglish, Liverpool never finished lower than runners-up. But with Souness as boss, they started sliding towards mid-table before he was sacked in January 1994 after a shock FA Cup exit at the hands of Bristol City.

Souness splashed plenty of cash but brought in many players who simply weren’t up to scratch. Liverpool’s invincible aura, built-up over decades, was shattered in a matter of months.

Arsenal’s fall from grace could be just as quick.

They finished 12th in the Premier League table in the 1994-95 season just a year before Wenger’s arrival from Nagoya Grampus Eight.

Today, we take for granted some of the modern game’s standard practices in diet, nutrition and hydration, but it was Wenger who introduced many of them when he took over 15 years ago. Out went the old Arsenal motto of ‘win or lose, get on the booze’, as he imposed a drinking ban.

And the first player he bought? A raw, defensive midfielder by the name of Patrick Vieira for $5.7 million. Nine years later, with his physical skills in decline, he was sold to Juventus for $22 million.

Before his ‘monthus horribilis’, Wenger let his guard down during July’s pre-season tour of Malaysia, where he spoke candidly about his early days growing up in Strasbourg where his parents owned a bistro and his family life in England where his 14-year-old daughter Leah, is the ‘boss’ of the household.

Yet should Wenger be shown the door by Arsenal, he won’t be ready to retire into domestic bliss. And there will be no shortage of suitors for his services. A few years ago, he turned down Real Madrid. Now cashed-up Paris St Germain, under new Qatari ownership, will be watching developments with interest.

Wenger himself has previously admitted that he could end up at PSG one day. That day may be closer than Gunners’ fans care to admit.

The sun will still rise the morning after Le Professeur finally makes his exit from Ashburton Grove. It’s just that the whole of the Premier League will shine a little less bright. 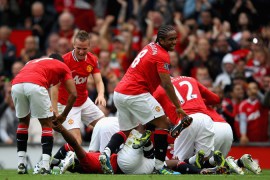 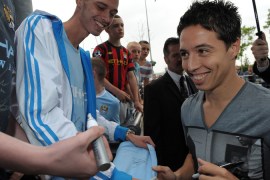 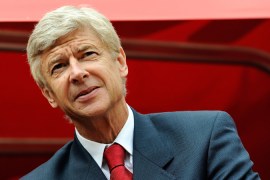 Arsenal’s struggles should remind fans and critics how much Arsene Wenger has done in 15 years at the club.