Bastian Schweinsteiger, Mario Goetze and Andre Schuerrle all struck in the last half hour for Germany in a 3-2 home win over the 2014 World Cup hosts to raise the pressure on Brazil coach Mano Menezes whose side replied through Robinho and Neymar.

In a clash of the last two World Cup winners in Bari, Spain were beaten 2-1 by Italy with Alberto Aquilani scoring the winner late on with a deflected shot.

Spain’s Chelsea striker Fernando Torres had to go off in the first half with concussion and was taken to hospital for a check-up while Gerard Pique was another casualty when the Barcelona defender limped off just before half time.

Many of the nations scrapping for qualification places for next year’s European championships in Poland and Ukraine were in action on Wednesday as they prepared for forthcoming group matches, although England’s friendly against Netherlands had been called off on Tuesday because of the civil unrest that has hit London.

France, steadily rebuilding after their atrocious World Cup campaign last year, were held to a 1-1 draw by Chile in Montpellier. Loic Remy was on target for France with Nicolas Cordova equalising for the South Americans.

Poland, who do not have to worry about qualifying for next year’s tournament, earned a narrow 1-0 victory over Georgia in Lubin while co-hosts Ukraine went down 1-0 at home to Sweden.

Croatia, who are involved in a three-way battle in Group F with Greece and Israel to qualify for Euro 2012 after missing out on the World Cup, drew 0-0 away to Ireland.

Ireland top Group B in qualifying level on points with Russia who enjoyed a 1-0 victory over Serbia in a scrappy match in Moscow.

Three-times World Cup winners Germany had not met five-times world champions Brazil since the Confederations Cup in 2005 and had not beaten them since 1993.

Brazil, smarting from a disappointing Copa America campaign, shaded the first hour in Stuttgart but fell behind to a hotly-disputed penalty which Schweinsteiger converted.

Teenager Goetze made it 2-0 six minutes later before Robinho halved the deficit with another penalty. Schuerrle made it 3-1 before Neymar struck in stoppage time.

“Since I took over the national team one year ago, this is the first time we have played a team who have been better than us over the 90 minutes,” Brazil coach Menezes told reporters.

“At the moment, they (German) are better than us and they are a measuring stick. This is where we have to get, this is what we have to overtake.”

In other matches Australia beat Wales 2-1 in Cardiff, Japan crushed regional rivals South Korea 3-0 while Ivory Coast beat Israel 4-3 in Geneva with Didier Drogba scoring his side’s fourth from the penalty spot to move within two of a landmark 50 international goals. 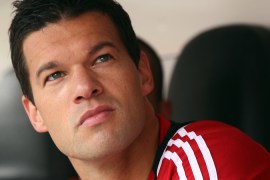 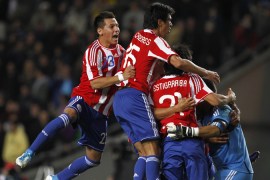 Brazil crash out of Copa America