Six match officials have been banned for life over match-fixing in two friendly internationals that produced a total of seven penalties.

The officials, three from Bosnia and three from Hungary, were involved in the Latvia-Bolivia and Bulgaria-Estonia matches played in the Turkish resort of Antalya on February 9.

Latvia won 2-1 and the other game ended 2-2, all the goals coming from penalties including one in the first match which was taken twice.

The Hungarian football federation had already banned their country’s trio for their handling of the Bulgaria-Estonia game.

Hungarian referees’ chief Laszlo Wagner said at the time: “I’m shocked because we didn’t receive a letter to allow these referees to officiate at this game.”

The four teams involved complained at the time about the refereeing, Bolivia coach Gustavo Quinteros saying that all three penalties were “invented” and describing the refereeing as a disgrace.

“The officials were found guilty of breaching article 62 paragraph 2 (passive corruption) and article 69 paragraph 1 (unlawfully influencing match results) of the FIFA disciplinary code,” FIFA said in a statement on Wednesday.

Following the matches, FIFA tightened the rules over friendlies, which until then have been a free-for-all with no control from football’s governing body.

FIFA said it would have to be informed who was refereeing each match and that it would intervene in the future if it saw anything suspicious.

Both FIFA and European governing body UEFA are alarmed about match-fixing which they say is organised by illegal gambling rings.

Turkey, Greece and Italy have all been hit by match-fixing scandals in the last few weeks and FIFA has said it will investigate Nigeria’s 4-1 friendly win over Argentina in June which featured two controversial penalties, one for each side.

FIFA and UEFA have said that match-fixers prefer to target low-profile matches which are not televised and receive little publicity. 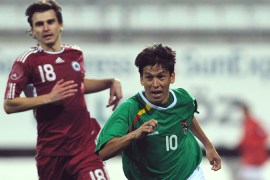 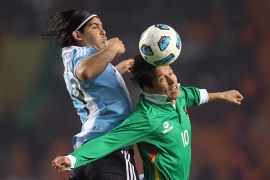 Hosts Argentina fight hard to avoid defeat in their opening match against Bolivia in the Copa America.