McLeish had come close to signing N’Zogbia last year when he was in charge at Birmingham, only for the deal to fall through at the 11th hour when the 25-year-old opted to stay with the Latics.

The Scot tried again following his move to Villa in pre-season, but was rebuffed as Wigan fought to hold onto their prize asset.

However, an offer of around $15.6 million persuaded Wigan to sell and Villa confirmed on Friday that N’Zogbia had signed a five-year contract after passing a medical.

The former Newcastle player will be available to feature for the first time in Wednesday’s pre-season friendly against Derby at Pride Park.

“It is a great club and it is a really big step for me in my career, so I am sure I will enjoy my football here.

“I think it is going to be a really good season and hopefully I’ll do well here.

“Alex McLeish is a strong manager and I think he is going to build a really good team for this season.”

West Bromwich Albion have signed Birmingham goalkeeper Ben Foster on loan for the forthcoming season with fellow stopper Boaz Myhill going in the opposite direction to St Andrew’s.

Foster, who earlier this year ruled himself out of England duty due to a lack of opportunities, will not return to Birmingham during the season as the deal prevents both clubs from recalling their keepers during the loan.

Hodgson told the club website: “We are very, very happy that the deal to bring Ben from Birmingham has gone through.

“He was always the goalkeeper that we targeted as our number one choice for the season. We are hoping he will be as successful here as he has been with his previous clubs.”

Foster joined Birmingham from Manchester United last year and played all of the club’s 38 Premier League games, but couldn’t prevent the Blues being relegated to the Championship on the final day of the season.

Birmingham have been desperate to off-load some of their high earners to compensate for the financial blow of relegation, while Hong Kong-based owner Carson Yeung has also endured money problems recently. 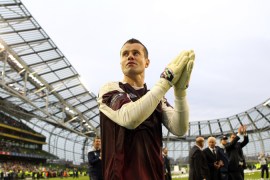 Alex McLeish has made his first signing for Aston Villa bringing in Shay Given while Arsenal sign striker Gervinho. 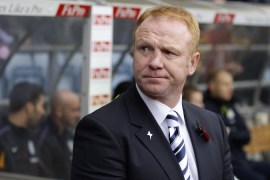 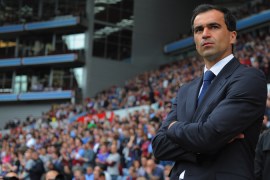