World champion Sebastian Vettel has warned his own Red Bull team that they need to improve their performance if they are to get back to winning ways at next weekend’s German Grand Prix.

Vettel was beaten into second place at last weekend’s British Grand Prix and the German said that they need to take the Ferrari threat seriously even though they currently hold a runaway lead in both drivers’ and constructors’ championships.

“It was a tough race and Ferrari were very quick, Fernando Alonso in particular, and they beat us,” said Vettel who leads the championship by 80 points from teammate Mark Webber.

“We need to accept it and to understand when you get beaten you have to accept it. It was a lesson to learn and it is up to us now to refocus and make sure that we come back with stronger performance for the next couple of races.

“It is a very important time now for the championship. We are in a good position still, but we need to keep working on ourselves because otherwise the others will get too close for our liking.”

Red Bull also appear to have closed ranks over the ‘team orders’ row that engulfed team in the wake of the Silverstone race where Webber ignored orders not to challenge Vettel for second place behind Alonso.

The owner of the Formula One champions, Austrian magnate Dietrich Mateschitz, said earlier this week he had no doubt that Webber would stay with the team.

“Mark Webber will re-sign with us,” said Mateschitz.

“This will happen for sure. He is very popular within the team, he feels very comfortable and it is an excellent relationship. He knows this and we know it.

The Australian driver shrugged off the row and said this week he was “positive” about negotiations over a new contract. 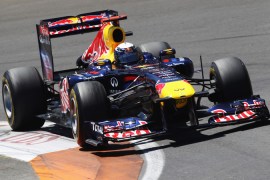 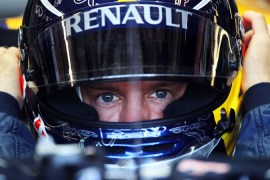 Vettel eases to another pole

The German continues to dominate Formula 1 qualifying with his seventh pole of the season at the European Grand Prix. 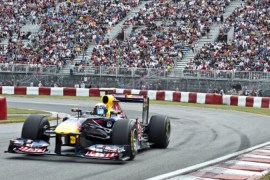 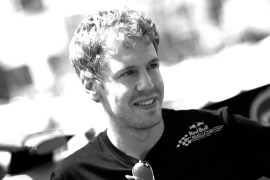 Vettel on pole in Monte Carlo