Declaring themselves “100 percent” innocent in a widespread Turkish match-fixing scandal, Trabzonspor’s tough luck in the Champions League continued on Friday when they drew Portuguese club Benfica in the third qualifying round.

Twente are preparing to play the opening home leg at neutral Arnhem in the Netherlands on July 26-27 just three weeks after construction works collapsed at their stadium, killing two people.

Danish champion FC Copenhagen, who reached the last-16 knockout round last season, were drawn at home first against Shamrock Rovers of Ireland or Estonia’s Flora Tallinn, whose second qualifying round tie will be completed next week.

Trabzonspor finished runner-up in the Turkish league last season, and could yet be awarded the title if allegations are proven that champion Fenerbahce’s officials cheated their way to the trophy.

However, the probe isn’t being resolved in time to award Trabzonspor direct entry – instead of Fenerbahce – to the lucrative 32-team group stage of the Champions League.

“I am 100 percent sure we don’t have anything going on with this (investigation),” said Trabzonspor director Nevzat Aydin.

“Our fans are telling us that if we did anything wrong we have to be relegated to the second division – we don’t have a problem with that.

“But what is true is that Fenerbahce’s president, vice president and accountant are in jail,” Aydin said.

Six Trabzonspor officials have been questioned by police since the scandal emerged last week.

Champions League organiser UEFA and Turkey’s football federation this week cleared both clubs to enter the competition because the investigation is ongoing.

Fenerbahce is set to earn at least $21 million prize money for taking part.

UEFA has warned that it can kick clubs out of a competition and wipe their results from the record books if corruption is proven.

The rules also prevent a team being upgraded once it has played a match – leaving Trabzonspor to fight through two rounds just to reach the glamorous group stage.

“Maybe that is the most difficult situation because we are losing money and losing reputation, but there is nothing we can do now,” Aydin said.

“It’s a chaotic situation. We have to rebuild trust in Turkish football.”

Trabzonspor begins that task with a first-leg match away to two-time European champion Benfica on July 26 or 27. The return in Turkey is scheduled Aug. 2 or 3.

“Of course, it was not our first choice,” Aydin said, of last season’s Europa League semi-finalist.

“We would not be their choice either. Both teams like to play football.”

Turkey is among several countries dealing with domestic match-fixing scandals that have also rocked football in Italy, Finland, Greece and Israel.

UEFA’s top administrator called for European clubs to obey the rules “in these difficult times of rumour and counter-rumour.”

“It is more important than ever to show respect,” UEFA general secretary Gianni Infantino said before conducting the draw.

“We will not hesitate to come down hard on any individual, or individuals, or clubs or officials that are proven to be involved in such illegal activities.” 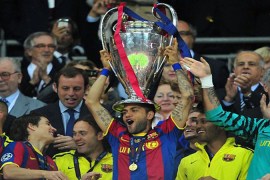 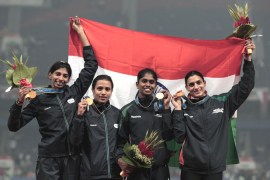 The coach of India’s top female 400m runners is sacked after another athlete tests positive for illegal drug use. 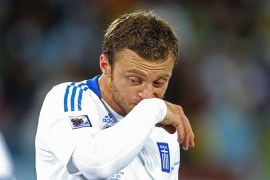