A Turkish court has jailed the coach and deputy chairman of the Besiktas football team pending trial in a match-fixing investigation, which has overshadowed preparations for the new season.

Besiktas confirmed the arrests in a statement on Wednesday, saying it had “complete confidence in the Turkish judiciary” to oversee the investigation.

The Istanbul court has already detained 26 people, including the chairman of champions Fenerbahce, and the latest ruling targets a second of Istanbul’s “Big Three” clubs which dominate Turkish football.

On Tuesday, police detained 22 people, including the chairman of another leading club, Trabzonspor. He was later released on condition he did not leave the country. The former football federation chairman was also released after questioning by prosecutors.

Turkey’s football federation has said it will not launch its own investigation until the indictment is prepared, effectively confirming Fenerbahce as champions and enabling the club to take their place in the lucrative Champions League next season.

In the latest court moves, Tayfur Havutcu, the Besiktas coach and a former Turkish international footballer, Serdal Adali, deputy chairman, and another of the club’s officials were remanded in custody along with two players from another Istanbul club, IBB.

Media reports have said the Turkish cup final between Besiktas and IBB is one of 19 games highlighted in the police investigation.

Besiktas won the final 4-3 on penalties to win a place in next season’s Europa League.

European soccer’s governing body UEFA said on Tuesday it had no reason on current evidence to ban any Turkish clubs from European competition at this stage.

Those already jailed pending trial include four Fenerbahce executives, the chairman of Sivasspor, the coach of Eskisehirspor, Sivasspor’s goalkeeper and the former chairmen of Diyarbakirspor and Giresunspor.

Media reports said among other matches under investigation was Fenerbahce’s 4-3 victory over Sivasspor which clinched the title on the final day of the season.

Turkish football federation chairman Mehmet Ali Aydinlar said this week the domestic league would begin as scheduled on August 5. Fenerbahce are due to play Besiktas in the Super Cup on July 31.

The chairman of Istanbul’s third major club, Galatasaray, which has not been mentioned in media reports on the investigation, said on Tuesday that a delay to the start of the season should be considered. 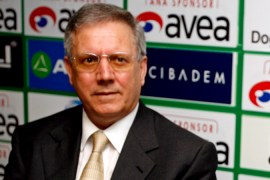 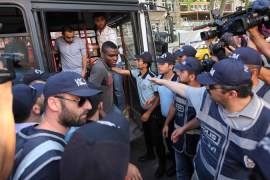 Seven suspects sent to prison ahead of trial as allegations rock Turkish league. 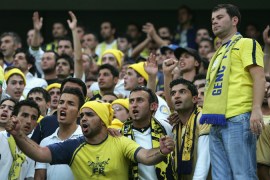 Is football still the ‘beautiful game’?

We ask how much allegations of corruption and match-fixing have tarnished the image of the sport. 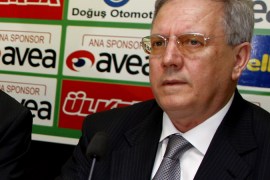