Manchester United will hope they have signed a long-term replacement for their only convincing goalkeepers of the past 20 years in the shape of Atletico Madrid’s David de Gea.

Dutch international Edwin van der Sar retired after the European Champions League defeat to Barcelona in May, while De Gea comes fresh from a victorious European Under-21 Championships final with Spain.

His signing marks United’s determination to avoid the six-year spell when they struggled to replace ‘Great Dane’ Peter Schmeichel between the sticks, before Van der Sar arrived in 2005.

De Gea will arrive on a five-year contract, the Premier League champions said on Wednesday, with media estimating the fee at about $29 million.

The 20-year-old passed a medical this week.

“When a club the size of Manchester United comes in for you it obviously makes you very, very happy” De Gea said on the club website.

“I saw their interest as an extra motivation to work even harder to show off my ability.”

De Gea, who came through the youth ranks at Atletico before making his Spanish Primera Division debut in 2009, will be United’s third signing since the end of the season.

After a few years of relatively understated transfer market activity, the champions have led the way in spending, having brought in defender Phil Jones and forward Ashley Young in a close season spree reported to be close to $80 million.

United manager Alex Ferguson, who has spoken previously of the desire to sign an adequate replacement for Van der Sar in good time, targeted one of the continent’s best young goalkeeping talents in De Gea.

He also signed 27-year-old Dane Anders Lindegaard last November, and De Gea will now compete with him and Van der Sar’s previous deputy Tomasz Kuszscak for the number one spot.

Di Matteo back to the Bridge

Italian Di Matteo played for the Londoners between 1996 and 2002 when injury forced his retirement at the age of 31.

Villas-Boas has also recruited Jose Mario Rocha, a 48-year-old fitness expert who worked alongside the Portuguese at his previous clubs Porto and Academica.

Another new face is Daniel Sousa who will become head opposition scout, the role occupied by Villas-Boas in his first spell at the club under Jose Mourinho between 2004 and 2007.

Sousa worked alongside Villas-Boas at his two former clubs.

Di Matteo scored FA Cup final goals in 1997 and 2000, the first of which, against Middlesbrough, set a Wembley record for the earliest in a final after just 43 seconds.

The former Italy international was previously manager of Milton Keynes Dons and West Bromwich Albion, the Premier League club he left in February. 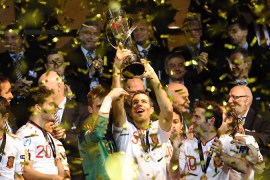 Spain are Under-21 Euro champs 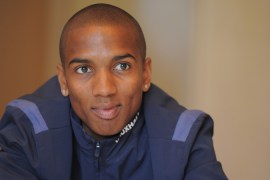 Midfielder joins Manchester United’s roster of English talent as they bid to bounce back from Barca defeat. 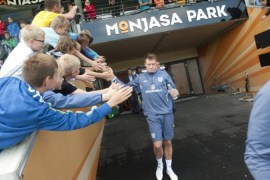 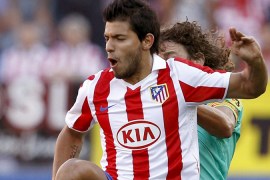