South Korea’s professional football league, the K-League, has announced 10 lifetime bans have been issued to players in the wake of a match-fixing probe.

The announcement by prosecutors on Friday follows an investigation which has so far caught active K-League players along with gambling brokers.

Those found guilty face lifetime bans and up to seven years in jail in the toughest penalties handed out in the 28-year history of the top flight league.

The players caught so far have been charged with taking money in exchange for helping their teams lose two matches in April, prosecutors said.

“We made the decision, determined that this would be the first and the last match-fixing scandal in the league,” Kwak Young-Cheol, head of its disciplinary committee, told journalists.

The league imposed a life ban on 10 out of 11 players who have been charged by state prosecutors, with the 11th receiving a five-year ban.

Eight of them are from the Daejeon Citizen team, with one player accused of receiving $110,600 and also sharing it with seven team mates.

“We asked the players to attend the committee meeting to determine punishment to give them a chance to explain, none of them attended,” said Young-Cheol.

The scandal has also been linked to a player found dead last month in a hotel room. South Korean news agency Yonhap reported a suicide note had been discovered referring to the match-fixing ring.

State-run sports bookmaker Sports Toto has stopped taking bets on games at the request of K-League club owners, while the government has threatened to terminate funding for sports leagues tainted by match-fixing.

Earlier this month, English club side Liverpool cancelled the South Korean leg of their pre-season tour due to “mitigating circumstances”.

Liverpool had announced a tour of China, Malaysia and Korea during July. However, the club have now decided to cancel their fixture against Korean champions FC Seoul in the capital, which was to be the final match of the tour. 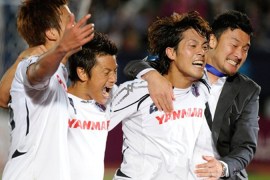 Debutants Cerezo have been drawn in the Asian Champions League last eight against 2006 winners Jeonbuk Motors. 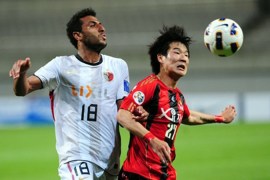 Seoul and Suwon stroll into last eight of the AFC Champions League with comfortable wins over Japanese teams. 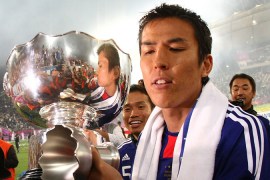 Champions of Asia pull out of Copa America to leave South American championships searching for replacement.