Daniela Hantuchova ended the Williams sisters’ run at the Eastbourne grass-court event on Thursday as she finally triumphed after 10 losses in her career series with Venus.

The Slovak, who had previously won just two sets against the American, secured a gritty 6-2, 5-7, 6-2 quarter-final victory to send Venus out a day after her sister Serena lost to top seed Vera Zvonareva.

“I felt I came out and played well early in the match,” said the winner.

“The wind picked up and made things tough for both of us. It was then about who had the mentality and I came through.”

Hantuchova, ranked 25th in the world, laboured for two hours and 23 minutes after a delayed start due to rain in the area.

The Slovak, who played last week’s Birmingham final, won her 27th match of the season and heads into a semi-final against fifth seed Petra Kvitova, who beat Poland’s Agnieszka Radwanska 1-6, 6-2, 7-6 (7/2) in just under two hours.

“I think she had a lot of extra motivation to get a win against me after a long, long time. She played some good tennis most of the time,” said Williams.

The pair played their first match a decade ago and last met in Miami in March, where Williams won after coming back from losing the first set 1-6. Williams, her ranking down to 33rd, was playing an event for the first time in five months after an abdominal injury that forced her to quit a match at the Australian Open in January.

Her sister Serena came back this week after almost a year off court due to two operations on a cut foot last year and surgery in February to remove blood clots from her lungs.

“I played a lot of matches here (three), spent a lot of time on the court,” said Venus, seeded 23rd for Wimbledon, which starts on Monday.

“It’s not the best luck today, but I feel good about my preparation.”

“I’m definitely happy that I’m going to have a couple of days to rest and prepare for Wimbledon. I thought I played pretty good. More than anything I was able to get a lot of great competition. This has been ideal.”

Hantuchova, the 2004 Eastbourne runner-up, won the opening set in 39 minutes and looked to be cruising at 4-2 up in the second before Williams produced a fightback to eventually square the match.

In the third the Slovak got off to a break in the opening game, only to lose it in the fourth.

But the 28-year-old fought on to break Williams straight back before repeating the effort and serving out the win on her first match point. 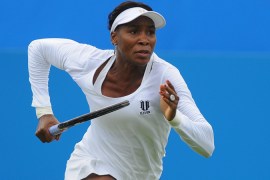 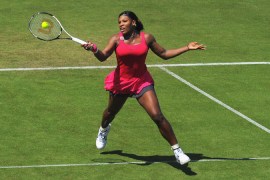 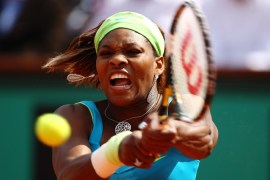 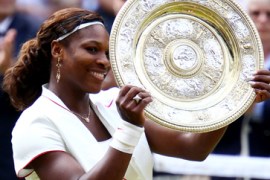 American beats Vera Zvonareva 6-3 6-2 in just over an hour to confirm dominance.