Winding its way through cities and villages, past historic landmarks and across borders, the Olympic torch will have a thorough tour of the UK before arriving in the capital for the 2012 Games.

Olympic organisers on Wednesday named the first 74 locations where 8,000 torchbearers will carry the flame after it arrives from Greece in exactly a year’s time on May 18, 2012. The public can apply, or nominate others, to be one of the torchbearers taking part in the occasion.

Starting at the End

The rugged Cornish coast will be the first part of Britain to host the torch next year after organisers named Land’s End as the starting point.

During the flame’s 70-day tour it will be taken to the outer reaches of Scotland, Wales and Northern Ireland, before reaching its final destination at the Olympic Stadium in east London for the opening ceremony on July 27th.

“The Olympic flame will shine a light right across every nation and region of the UK and showcase the very best of who we are and where we live,” said London Organising Committee chairman Sebastian Coe.

“The first locations on the route confirmed today give a flavour of the reach the Olympic Torch Relay will have around the UK and how extensive the opportunity for starting to celebrate the London 2012 Olympic Games will be.”

London has chosen a lower profile torch relay after the ambitious and expensive international route for the Beijing Olympics, including one problematic ascent of Mount Everest, sparked protests and criticism, including in London.

After China’s experiences, the International Olympic Committee (IOC) introduced a ban on international torch relays, starting officially for the 2014 Sochi Winter Games, although London organisers have long said its relay would stay within the UK.

IOC member Craig Reedie said he did not expect a repeat of the violent scenes which marred the international phase of the torch relay ahead of the Beijing Games four years ago.

“That’s why the decision was taken by the IOC to make it a domestic relay only and I think that can only benefit London and Britain.”

However, plans are being discussed for a brief visit to the Irish capital Dublin.

During its route, the flame will stop off in the Shetland Islands, the Channel Islands and England’s Lake District with organisers claiming 95 percent of the UK population will be within an hour of the route.

It will also pass through England’s major cities including Manchester and Birmingham, as well as the Welsh capital Cardiff and Scotland’s capital Edinburgh.

The cities and towns, in every nation and region of the UK, will hold evening celebrations as the flame spreads the excitement of the Games ahead of the Olympic Games Opening Ceremony.

Many of Britain’s famous sporting locations such as Wimbledon and St Andrews will be visited.

Organisers said there will be a more detailed breakdown latter this year on where the torch will visit each day in Britain, including sports venues.

The torch has been designed by a London-based studio headed by Edward Barber and Jay Osgerby, but an image is yet to be released. 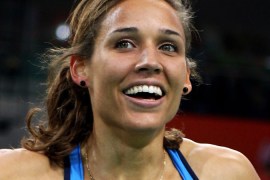 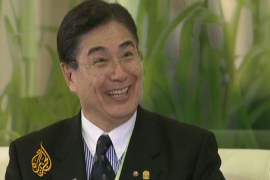 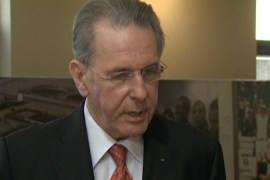 IOC head Jacques Rogge puts his backing behind sporting events in the Gulf. 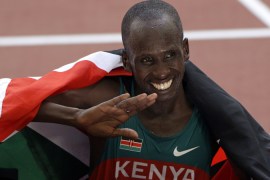 Olympic champion Samuel Wanjiru dead after balcony plunge, as police say they are still investigating whether he jumped.