Kaka scored twice from the penalty spot to lead a weakened Real Madrid to a 3-0 victory at Athletic Bilbao that kept their Spanish Primera Division title hopes dimly alive before Barcelona surged ahead again with a 3-1 win against Almeria.

Brazilian midfielder Kaka netted early in each half after Angel Di Maria was twice brought down in the area, and Cristiano Ronaldo came off the bench to seal victory with his 28th league goal of the campaign in the 70th minute.

But Argentine Messi scored a late goal to add to an injury-time penalty as Almeria’s defiance was ended at the Nou Camp later on Saturday.

An upset was on the cards at the Nou Camp as Almeria took the lead in the 50th minute when Miguel ‘Corona’ Garcia scored on a counterattack.

But Messi equalised from the penalty spot three minutes later and in the 64th served up a corner kick for Thiago Alcantara to head in. 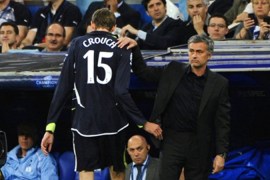 Mourinho: ‘Crouch is to blame’ 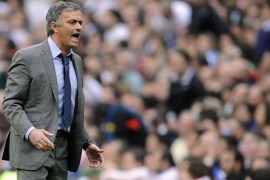 Title slips away from Mourinho’s grasp 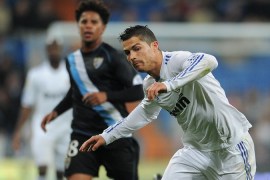 Court rules that La Liga must be played

Strike called off as challenge from six breakaway clubs successful in Spain and accepted by professional league.