Pakistan and India’s hockey federations are hoping to resume long-standing rivalries on the sports field later this month.

Negotiations are underway between the organisers of the sport in the two countries, who have not played in a bilateral series since the 2008 Mumbai attacks.

“We are looking to play three matches in India and three in Pakistan if we receive government clearances,” Hockey India secretary Narinder Batra said.

“Dialogues are ongoing but everything depends on permission from the governments.

“We are eyeing a period around the middle of August or the first week of September. It suits both our calendars.”

India broke off diplomatic and sporting links with Pakistan after 10 gunmen launched co-ordinated attacks on targets in Mumbai, killing 166 people in November 2008.

But since the perceived success of ‘cricket diplomacy’ when Pakistan played India in the Cricket World Cup semifinals last month, there has been a renewed attempt to renew hockey ties.

In the semifinal in Mohali, where India emerged victorious, Pakistan Prime Minister Yusuf Raza Gilani watched the game at the invitation of his Indian counterpart Manmohan Singh.

Pakistan Hockey Federation secretary Asif Bajwa told reporters there were hopes of arranging a series against India as early as December.

“On the directive of Prime Minister Yousuf Raza Gilani, we hope to resume hockey ties with India in December this year or January 2012,” he said.

Bajwa said his federation would seek government advice on the hockey series.

“We will be meeting Interior Minister Rehman Malik, who will guide us on the series and we hope to host the matches in Lahore, Karachi and Faisalabad,” said Bajwa.

Indian and Pakistani media have also speculated the resumption of cricket ties between the two countries.

Pakistan has not hosted any international sporting events since terrorist attacks on the Sri Lankan cricket team bus in Lahore in March 2009, which left eight people dead and injured seven Sri Lankan players.

The national cricket boards of both nations are expected to decide on exactly when the first cricket series will take place, several Indian newspapers reported, citing unidentified government sources.

The Mint newspaper quoted one government source as saying that India’s cricket team would tour Pakistan next year, with a return series in India the year after.

Ratnakar Shetty, the chief administrative officer of the Board of Control for Cricket in India, told the AFP news agency that his organisation was yet to be formally notified of the decision to resume cricket ties. 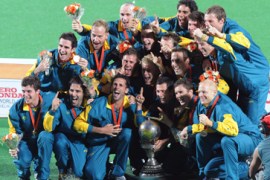 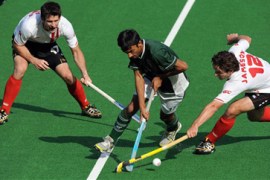