Spain’s Primera Division will go ahead this weekend after a Madrid court upheld a challenge from six breakaway clubs and blocked threatened strike action by the professional football league (LFP).

“The court decides the official calendar for the first and second divisions should remain unaltered for the next round of matches,” a statement from the court said on Wednesday.

The LFP, which had also suffered the resignation of its vice-president late on Tuesday, accepted the judge’s ruling and immediately issued the kickoff times for this weekend’s matches.

“Despite the internal discrepancies at the heart of the LFP over the measures adopted at the assembly on February 11, all the clubs that make up the league continue to press their demands on the government,” the LFP said in a statement.

“From this point on, a new route map will be established that will allow us to unblock the conversations in our search for solutions to the grievances of professional football.”

The managing director of Villarreal, one of the six “rebel” clubs along with Sevilla, Real Sociedad, Espanyol, Athletic Bilbao and Real Zaragoza, said he was relieved.

“A strike would have been a stab in the heart for football,” Jose Manuel Llaneza told Radio Marca.

The LFP had voted last month to suspend matchday 30 unless the government scrapped a rule that one La Liga game per matchday should be shown on freeview television.

Last week, as talks with the government failed to make much progress, six clubs known as the G-6 broke ranks and mounted a legal challenge to the LFP’s decision.

The league argues that removing the obligation to show one match for free would strengthen clubs’ bargaining power in negotiations on audiovisual rights with media firms.

The league also wants guarantees about how much cash clubs are entitled to receive from betting and lottery revenue.

The breakaway clubs argued that a strike would be “disproportionate, inopportune, against the interest of clubs, the competition and supporters and, what’s more, against the law”.

A postponement could have seen the end of La Liga pushed back three weeks to the weekend of June 11/12 due to the hectic competition schedule over April and May.

This weekend’s matches include leaders Barcelona at Villarreal and second-placed Real Madrid at home to Sporting Gijon, both on Saturday. 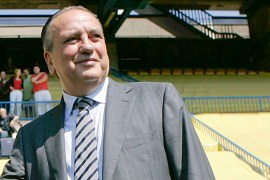 Spain strike would be ‘authentic disaster’

Six Primera Division clubs go to court aiming to prevent postponement that could see matches played after end of season. 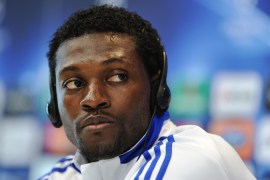 The rivalry between Real Madrid and Barcelona reaches fever pitch this spring as mindgames continue between the two.