The Asian Football Confederation has postponed Asian Champions League matches in Japan following the devastating earthquake that hit north of Tokyo on Friday.

The quake was one of the strongest ever recorded and triggered a devastating tsunami, up to 10-metre-high along parts of the country’s northeastern coastline.

Media reports estimate at least 1,300 people may have been killed, most of whom appeared to have drowned by churning waters.

The disaster has led to the cancellation of many sporting events, including the international women’s marathon in Nagoya on Sunday and Kashima Antlers’ AFC Champions League home tie match against Sydney FC on Wednesday.

A total of 19 matches in Japan’s J League, whose 2011 season only began last weekend, have also been cancelled.

AFC president Mohamed Bin Hammam issued a statement on Saturday extending his condolences to the people of Japan and announcing the indefinite suspension of ACL group matches scheduled for this week in Nagoya and Kashima.

Nagoya Grampus were also due to play United Arab Emirates’ club Al Ain on Tuesday and Kashima Antlers were to host Australia’s Sydney FC on Wednesday.

Kashima’s stadium was damaged in the quake and needs repairs, the J-League side said.

Japanese news agency Kyodo reported that Alberto Zaccheroni, the Italian coach of the Japanese national football team, and four of his assistants had returned to Italy to be with their families.

Zaccheroni said on Saturday that his family and those of his staff in Italy had been “terribly worried”, before he left for home with his four Italian assistants.

The 57-year-old former AC Milan boss said: “We have decided to go home on a temporary visit with approval from the Japan Football Association to assure our families that we are all right.”

Their return date has not been fixed but Zaccheroni was scheduled to announce his squad in Tokyo on Thursday for the March 25 and 29 home friendly matches against Montenegro and New Zealand.

“Our return date has not been decided, but I am looking forward to coming back as soon as possible to work with the people of Japan again,” said Zacceroni.

In the hours following the earthquake, Zaccheroni, who has been based mainly in Tokyo since he took the Japan job in August, was quoted as telling Italian television that “everything was rocking” and that he felt “as if I was inside a house made of rubber.”

Other sports events have been cancelled, including baseball games in Tokyo, Chiba and Yokohama.

A special committee meeting investigating match-fixing in the traditional Japanese sport of sumo has also been delayed.

The world figure skating championships in Tokyo will be held as scheduled from March 21-27 after a report from local organisers said the venue, Yoyogi National Stadium, appeared to be unscathed. 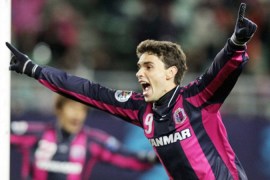 Japanese side open Asian Champions League campaign with a win as Kashima Antlers held to 0-0 draw. 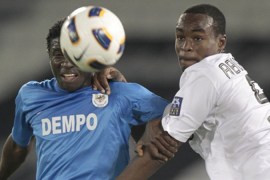 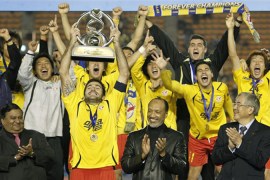