Cricket captains are split on the future of smaller teams at the World Cup, with Australian skipper Ricky Ponting calling for an elite competition but England’s Andrew Strauss urging caution.

The International Cricket Council has not yet revealed the qualification process for that tournament.

But the plans have infuriated the associate nations – represented at the ongoing World Cup by Canada, Ireland, Kenya and the Netherlands – who fear the competition will become the preserve of Test sides.

At the same time as reducing the World Cup, the ICC is increasing the number of teams that play in the World Twenty20 to 16, from the current 12.

Ponting said on Sunday that there was a balance to be struck between encouraging the growth of the game and improving the quality of the competition.

The debate was given added impetus by the one-sided nature of the two matches on Sunday, which saw New Zealand hammer hapless Kenya by 10 wickets and joint hosts Sri Lanka romp to a 210-run win over Canada.

“We understand the responsibility to keep the game growing. For that, you need to bring on some of these small nations into the world of cricket,” Ponting said.

“We want to see the game develop and blossom around the world.

“I have always been unsure if the World Cups and the Champions Trophy are the right place to do that. And I am not sure as to how much the teams actually learn when they get hammered in these contests.

“It would probably be a better tournament if there were fewer teams. The World Cup is the pinnacle of our sport.”

“Cricket is a global game and we need to try and make sure everyone plays and comes to that standard one day,” Jayawardene, who struck a quickfire 100 against Canada, said in comments reported by cricinfo.com.

England’s Strauss was more cautious than Ponting on the future of the minnows ahead of their opening clash against the Netherlands on Tuesday.

“It’s easy to jump to that conclusion after seeing the games played  yesterday (Sunday),” he said.

“My view on this is let the tournament finish first and then draw any conclusions that need to be drawn.”

England were beaten by the Netherlands in the 2009 World Twenty20 and narrowly won a warm-up match against Canada last week.

“Ireland (also in England’s group) and the Netherlands are two strong associate nations so they are certainly capable of causing a couple of upsets,” Strauss said.

Meanwhile, Netherlands coach Peter Drinnen urged associate members to show they belonged at the World Cup in a bid to force the ICC to reconsider.

“The ICC decision is certainly not in favour of teams like us but I want  to show that we are no pushovers. That’s why it’s important for us to put up strong performances,” said Drinnen, according to the Times of India. 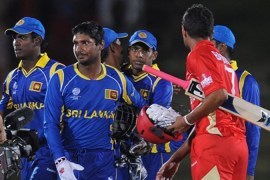 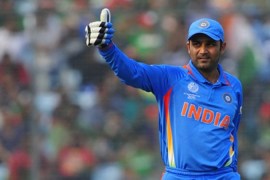 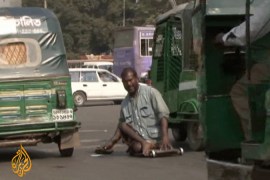 Al Jazeera’s Nicolas Haque reports on the plight of beggars in Bangladesh forced to move on during Cricket World Cup.