Ed Cowan spent hours patiently seeing off India’s attack as he crafted a half-century on debut but was quickly on the front foot after stumps, when he told cricket’s governing body to get its house in order over the decision review system (DRS).

The outspoken 29-year-old opener said the lack of replay technology cost he and Mike Hussey their wickets, and the team momentum, as Australia were confined to 277-6 by the end of the opening day of the first Test at the Melbourne Cricket Ground.

“You saw the replays, you saw my reaction, you join the dots I guess,” he told reporters after his bid for a century on debut ended on 68 with a caught behind decision off Ravichandran Ashwin.

“With the DRS… as someone who loves their cricket and has watched a lot of cricket, I can’t understand why it can’t be handed down by the ICC (International Cricket Council) to be uniform at all games.

“And that’s me speaking as an outsider, not as someone who has been in the bubble for a long time.”

India’s cricket board (BCCI) vetoed the use of the technology, leaving Cowan and Hussey with no recourse and fuming as they trudged from the ground.

Although disappointed, Cowan was also philosophical, saying he thought the ledger of umpiring decisions would level for both teams by the end of the four-Test series.

He had also delighted in his 113-run stand with former captain Ricky Ponting that helped Australia recover after they were wobbling on 46-2 in overcast conditions after winning the toss and opting to bat first.

He has been in career-best form in domestic competition since transferring to the island state of Tasmania after being starved for opportunities with New South Wales.

Cowan’s tour diary of a strong season was turned into a book and the opener now has enough fodder for another chapter after top-scoring at the MCG in front of a crowd of 70,000, which included a group of friends on a stag party in the stands.

“People (in the media) were sort of eulogising me being a journeyman… to me (being selected) felt like the start of a career, not as though something that I’ve earned and this is the end,” he added.

“Hopefully I can keep scoring runs to (keep ensuring) my selection.” 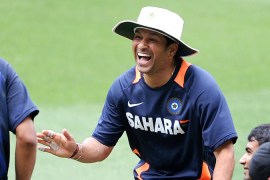 Sachin Tendulkar striving to reach landmark of 100 international centuries at start of four-Test series in Australia. 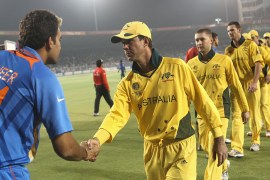 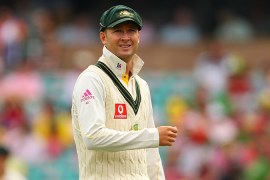 Crown prince of Australian cricket takes throne and aims to make team the number one side in all forms of the game.