The National Basketball Association season got underway after a long lockout on Christmas Day, with the New York Knicks wrapping up a 106-104 victory over the Boston Celtics.

Carmelo Anthony was the top performer for New York, scoring 37 points as the Knicks ran out winners in an exciting opener to the shortened 66-game season.

Anthony’s two free throws with 16.3 seconds left proved to be the game winners as Boston failed to score again, Marquis Daniels missing a three pointer from the side then Kevin Garnett missing a 16 footer at the buzzer.

The season was supposed to start last month but was almost cancelled because of a protracted labour dispute between players and team owners.

When they finally reached a new collective bargaining agreement, that was ratified on December 8, it was decided to start on Christmas Day, leaving teams just 17 days to get their rosters filled, get into brief training camps, have a couple of warm-ups and get ready for Sunday’s openers.

But the wrangling and disputes seemed long forgotten as the two Eastern Conference teams took to the court at Madison Square Garden in front of a lively crowd that included singer Alicia Keys and former tennis champion John McEnroe.

The Knicks were fastest out of the blocks taking a 34-23 lead at the end of the first quarter and leaving Celtics head coach Doc Rivers fuming at his team, telling them they were “playing soft”.  Boston trailed 62-52 at half-time but piled on 35 points in the third quarter to lead by eight heading into the last period.

The Celtics had won their last eight games against the Knicks but New York, bolstered by the addition of center Tyston Chandler, fought back this time.

Rajon Rondo was the top scorer for Boston with 31 points while Anthony scored 17 points in the last quarter for New York.

“We willed that win,” said Anthony, who joined the Knicks from Denver in February.

“It wasn’t easy, we knew it was going to be a battle. We got up early, Boston being the veteran team that they are, they came back and made some runs but we stuck with it and won it,” he said. 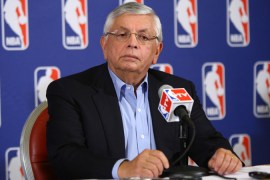 The end of the NBA lockout has left fans disappointed over the delay and the money sharing of the 1 per cent. 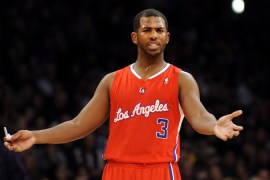 Los Angeles franchise could get ascendancy over traditional rivals as NBA lockout ends on Christmas Day.