Al Jazeera’s Paul Rhys talks to Kees Meeuws about life after the All Blacks and how rugby plays a crucial part in Kiwi culture.

After 42 Tests as a New Zealand prop, including two Rugby World Cups, former Super Rugby star Meeuws, 37, moved to clubs in France and the UK. He says his last season for ITM Cup side Otago Razorbacks in Dunedin will be his final one in a shirt.

With New Zealand looking for a first World Cup win since the tournament was last played on home soil in 1987, Meeuws – who is half Dutch and half Maori – says the country’s mix of people explains its unique passion for the sport, and that the England team’s use of an all-black away strip can do nothing to diminish the real All-Blacks’ mystique. 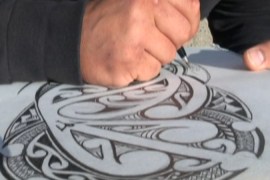 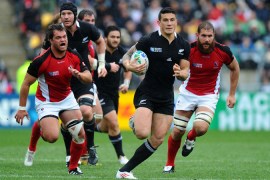 New Zealand complete their unbeaten run in the Rugby World Cup as Ireland overpower Italy to set up Wales showdown. 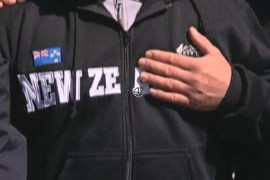 New Zealand do not have fond memories of facing France but now is the time for hosts to put these ghosts behind them. 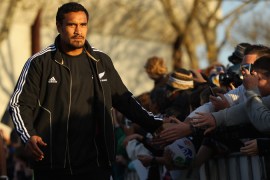 Time for New Zealand to deliver

Excitement is building as New Zealand and Tonga prepare for their opening match of the Rugby World Cup in Auckland.