Japan trounced hapless Tajikistan 8-0 in World Cup qualifying on Tuesday as Asia’s big guns fired and Iran launched a security crackdown before their clash with Bahrain.

Australia looked sure to progress after a 3-0 win over Oman kept them on maximum points in Group D, and South Korea moved towards the last stage with a 2-1 win against UAE.

Thailand held Frank Rijkaard’s Saudi Arabia to a 0-0 draw, but North Korea’s hopes of reaching a second World Cup in a row suffered a setback with a 1-0 home loss to Uzbekistan.

Iraq edged a tense clash with China 1-0 and there were also wins for Jordan and Qatar as 10 games swung into action across the region.

Rampant Japan were the big winners as they totted up four goals in each half against Tajikistan in Osaka, led by Mike Havenaar and Shinji Okazaki who both bagged a brace.

“This victory gives us a very good feeling. I knew hopes among fans were high. The players responded with their good performance today,” said coach Alberto Zaccheroni.

South Korea had a second-half own goal to thank as UAE defender Ismail Hamdan’s inadvertent strike helped them to a 2-1 win in Suwon. Arsenal’s Park Chu-Young had opened the scoring and UAE pulled one back in second-half injury time.

An own goal also played a part in the other match in the group as Lebanon twice led – thanks to a brace by Hassan Maatouk – only for Mahmoud Younes to put into his own net in the 88th minute to allow Kuwait steal a 2-2 draw.

The Lebanese, though, can still entertain hopes of taking second as they have bounced back impressively after a humiliating 6-0 opening match walloping by South Korea going on to beat the hapless UAE 3-1 in their previous match.

In Sydney, Brett Holman, Josh Kennedy and Mile Jedinak were all on the scoresheet as Australia registered their third win out of three and looked certain to progress.

“The target was to win and to win well,” said captain Lucas Neill.

“Now we’ve got one foot in the next round but we’ve still got a lot of work to do.”

In Pyongyang, Alexander Geynrikh’s first-half strike was enough to secure a 1-0 win for Uzbekistan, who are level on seven points with Japan at the top of Group C.

North Korea, who lashed out against their low FIFA ranking after being drawn in a tough group for the third round, would have targeted the Uzbek clash in Pyongyang as a must-win as they scrap for the second qualifying spot.

The North Koreans competed at their first World Cup since 1966 last year, but they disappointed at the Asian Cup in January after being bracketed with holders Iraq and three-time winners Iran in another unkind draw.

Jordan took a big step towards their first berth in the final qualifying stage with a 3-0 away win over Singapore, while Qatar came out on top of a 3-2 slug-fest against Indonesia in Jakarta.

“It’s going to be difficult to qualify from here but it’s not impossible. We will try harder in the next game to see what we can do,” he said.

Rijkaard, who was hired for the Saudis’ World Cup campaign, may also come under pressure after failing to win any of the first three games.

“The Saudi team still have a chance because we will play Thailand on our home soil as Oman lost to Australia,” insisted the former Barcelona boss.

However, the game was virtually over as a contest inside the first minute as the visitors had Rashed Al Hooti sent off and the hosts then cruised to a 6-0 thrashing of their rivals.

The winners and runners-up of the five groups will be drawn into two pools for the round-robin fourth stage, with the eventual top two in each section earning a ticket to the 2014 tournament in Brazil.

The two third-placed teams will then face each other for the right to contest an intercontinental play-off. 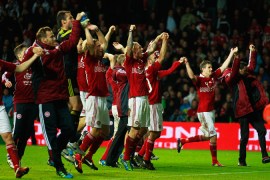 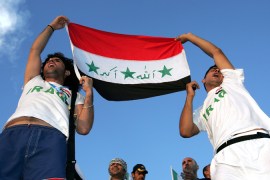