If there’s any sense of urgency to bring the Olympics back to the United States, the president of the IOC is not tipping his hand.

In an interview on Tuesday, Jacques Rogge said returning the games to big countries – for instance, the U.S. after a drought of at least 20 years – is no more or less important than someday taking them to Africa.

Rogge has carefully cultivated this down-the-middle approach in his 10 years as the IOC’s leader. He offered neither encouragement nor discouragement to the U.S., which pumps the most money into the Olympic
movement but guaranteed to go at least two decades between taking its turn as host.

“It’s important that the games come back there,” Rogge said of the U.S., China and Russia, the three countries generally considered the biggest in the Olympics.

“But we are also very happy to bring games to regions or subcontinents or continents where they’ve never been organized. One day, the games will be held in Africa and that will be a very important aspect.”

Neither the U.S. nor any African country bid for 2020, meaning the next American chance would be for the 2022 Winter Olympics and Africa’s next best chance won’t likely come until 2024. Rogge, whose term expires in 2013, won’t be around to see either of those games awarded and would not bite when asked which was closer to holding an Olympics.

“To win the games you have to bid,” he said.

The U.S. Olympic Committee says it won’t bid until it resolves a long-simmering feud with the IOC over revenue sharing. Currently, the USOC receives a 20 percent share of global sponsorship revenues and a 12.75 percent cut of U.S. broadcast rights deals. The IOC wants more of that money.

Negotiations were fast-tracked over the summer in an apparent attempt to iron something out in time for the USOC to meet the September deadline to bid for 2020. But no agreement was reached and any plans were put on hold.

“I think it’s important that we host the games in the United States as a way to keep Americans connected to the team.”

In the interview on Tuesday, Rogge agreed with Blackmun’s sentiment, but said, “the ones who will benefit the most will be the USOC, of course.”

“The Olympic movement, as a whole, would benefit from coming back to major countries on a regular basis,” Rogge said.

“But at the same time, we need to have openings for new horizons and for regions where no games were
ever organized.”

Denver has been mentioned as a potential 2022 candidate. Rogge said he didn’t know enough about Denver’s infrastructure to comment on its viability.

Denver was awarded the 1976 Winter Olympics but later turned them down – a historical footnote that Rogge said would not work against the Mile High City if it were to bid again.

“The issue of Denver is not an issue anymore,” Rogge said.

“There is absolutely no grudge whatsoever in the IOC for what happened in Denver more than 40 years ago.” 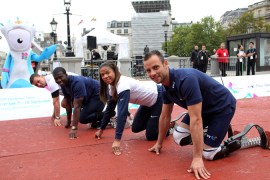 Sprinter Oscar Pistorius talks about competing with able-bodied runners at the International Paralympics Day in London. 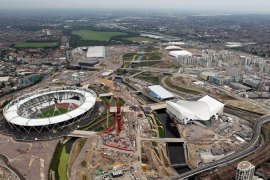 Organisers say ‘extraordinary achievement’ made in building Olympic Park with one year to go before 2012 Games. 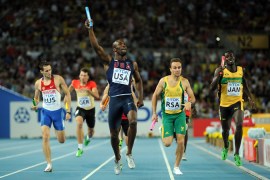 The Court of Arbitration for Sport overturn IOC ruling banning doping offenders from competing at Olympics. 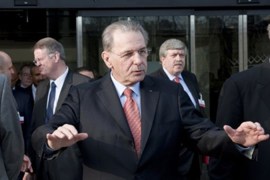