Formula One teams are keeping a wary eye on the situation in Bahrain with the Gulf kingdom due to host a grand prix next April after this year’s was cancelled due to civil unrest.

“Obviously it’s worrying when you hear the type of news that’s come out of Bahrain,” said Christian Horner, principal of champions Red Bull, at the Japanese Grand Prix.

“But I think that (Formula One supremo) Bernie (Ecclestone) more than anybody probably is acutely aware of the situation there and when the time is right for difficult decisions that have to be made he’s demonstrated that he’s not afraid of making them.”

The island’s Shi’ite majority want more political rights and an end to what they say is discrimination by the Sunni-ruled monarchy that put down a pro-democracy uprising this year.

Many Shi’ite areas are seeing almost nightly trouble with the police and a teenager died from shotgun pellet wounds after clashes with police on Thursday.

Around 30 people, mainly Shi’ites, died when the protest movement erupted in February and there has been further tension after 20 doctors and medical staff were recently sentenced to jail terms of up to 15 years by a military court.

Bahrain is scheduled to host the fourth round of the championship next April 22.

The race is the country’s biggest and most prestigious sporting event and would have been the season-opener this year, but was first postponed and then cancelled after months of debate and a failed attempt to reinstate it.

Horner said there would be plenty of opportunity for the governing FIA and Ecclestone to assess the viability of the race before the end of the year.

“I think the right decision was made this year, I’m sure if there is a difficult decision to make again, I’m sure that decision won’t be left so long next time,” he said.

Renault team boss Eric Boullier said Bahrain should be given as much time as possible, however.

“On the human side, it’s not nice to see all these problems,” he said.

“We keep an eye on it. On the sport side, we want to be back in Bahrain, clearly. We have not changed our position from last year.

“Bahrain is part of Formula One for many years, they have invested in Formula One and we like to go there and it’s part of the show now. So we want to be back. But not at any price.” 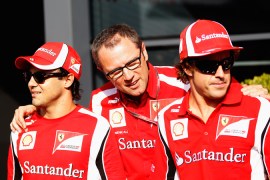 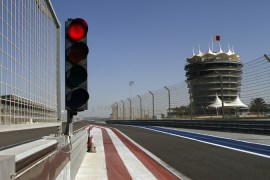 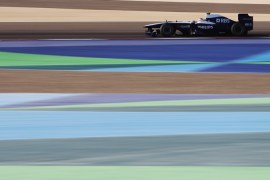 Bahrain Grand Prix ‘not on’

Formula One commercial chief says rescheduled race almost certain to be scrapped due to opposition from teams. 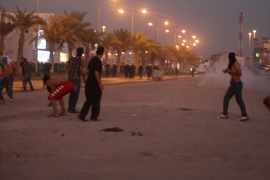