When Kenny Dalglish swapped a seat at the bar of a cruise ship in the Gulf for a return to the helm at Liverpool, he knew Sunday’s first match in charge against Manchester United would not be plain sailing.

Less than a minute into his return after flying in from Bahrain, 20 years after he left the bench at a club where he is adored, Dalglish’s brow was furrowed by the same deep frown worn by his predecessor Roy Hodgson for months before his dismissal as Liverpool manager.

Ryan Giggs scored from the penalty spot in the second minute at Old Trafford to send Liverpool’s arch rivals into the FA Cup fourth round with a 1-0 victory.

It gave Dalglish a reminder – if he needed one – that his first management job in more than a decade had taken him into troubled waters.

The party was in full swing before the players even came out of the tunnel with Liverpool’s fans drowning out the Old Trafford public announcements with “Dalglish, Dalglish” chants and unfurling banners saying “Welcome back King Kenny”.

Dalglish had only met his players three hours before kickoff having flown back from the Middle East after cutting short a cruise holiday on Saturday once he received a phone call from the club’s American owner John Henry offering him the job.

“I was on the boat, I was happy,” he said, adding he had been at the bar when he got the call.

“For me it was a no-brainer (whether to accept the job).”

Despite the match going from bad to worse when Liverpool captain Steven Gerrard was sent off before half time, all but ending any hopes the visitors had of winning, Dalglish still found some positives for the league campaign ahead.

“Obviously we’re not going to be pleased with the result,” the Scot, who won eight league titles as a player and manager at the Merseyside club, told a news conference.

“But I think the most important thing for us is what we got out of it was a great deal of commitment from the players … we’re going to have a good chance to improve going forward.”

Dalglish, who took over on Saturday after the departure of Hodgson with the team four points above the English Premier League relegation zone in 12th place, said none of his players could be faulted for their Cup performance against league leaders United.

“If we can restrict the teams at the top of the league to that then it bodes well for us,” he said.

While Dalglish kept warmly acknowledging the Liverpool fans’ unwavering support during the match, the evidence on the pitch was that it was going to take more than his mere presence to turn around his beloved club’s fortunes.

Gerrard’s departure after his sending off for a two-footed lunge on Michael Carrick highlighted the lack of cohesion in the midfield as Liverpool’s brightest spell in the match ended when they had to play without their captain.

United twisted the knife with 15 minutes to go by sending on former Liverpool striker Michael Owen, who teased his former club with a well hit shot that went just wide.

Dalglish even faced the same chants as the departed Hodgson of “You’re getting sacked in the morning”, albeit from United fans rather than his own, but with his track record he can be sure he will never hear them at Anfield.

After a midweek league trip to Blackpool, Dalglish will be in charge for his first home match – the Merseyside derby against Everton – and after his short sharp re-introduction to management, he reckons he has settled back into the job.

“It’s amazing how quickly the memory comes back to you,” he said.

“I’m a wee bit disappointed as the last time I was here we won on penalties.” 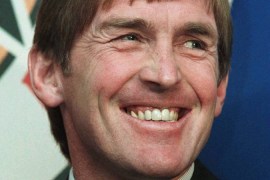 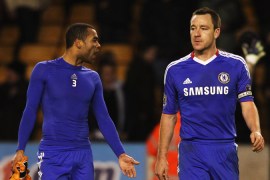 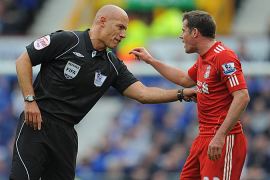