Mark Cavendish became Britain’s first world road race champion since the late Tom Simpson in 1965 when he dominated a bunch sprint to win the men’s elite race at the road world championships in Copenhagen on Sunday.

Australian Matthew Goss finished second to take the silver with German Andre Greipel winning the bronze after 260 km of racing.

“We knew it was the best chance we had since San Sebastian in 1965 to bring the rainbow jersey back to Britain,” said Cavendish.

“And with the best eight riders in the race, we achieved that. It’s incredible. It’s the work of Great Britain, and I’m bringing it (jersey) back.”

On a mainly flat 14 km circuit that was not conducive to attacking, the first salvos came early, an eight-man breakaway forming and going on to build a maximum lead of nearly 10 minutes on the main bunch.

They were reeled in well before the finish and, in the final laps, a flurry of attacks was soon brought to heel by a miserly and determined peloton which hit a near record average speed of 45.82 km/h for the race.

Britain, helped by Germany, had taken a firm grip early on to boost their chances of a bunch sprint for Cavendish and their work paid off handsomely.

After putting the Isle of Man sprinter in prime position on the 500-metre uphill finish, he found a gap inside the final 200 and powered up the inside of the barriers to beat Goss by half a wheel.

“When I kick I know whether I’m going to win or not,” added Cavendish.

Goss, who like Cavendish had to tweak his preparations after dropping out of the Tour of Spain with a virus, said his race could not have worked out better – except for one major detail.

“I don’t like being the bridesmaid! I would much rather be wearing that jersey there,” said the Australian, pointing at the rainbow stripes being worn by Cavendish, his teammate at HTC-Highroad.

Goss, however, was quick to pay tribute to both Britain and Australia.

“When he went, I kind of jumped on the wheel. I knew it was still a long way to the finish line and I had in the back of my mind I could get back if everything went well, but in the end I ran out of metres.

“You can’t dwell, his (British) team rode really strongly and you can’t take that away from them. And the team did everything for me. Big hats off to those guys, I wasn’t far away from finishing off the job.”

Reigning world champion Thor Hushovd of Norway was one of several top names who got stuck behind following a crash on the sixth lap. With the pace up front unrelenting, his group never recovered their deficit.

Before then, world number one Philippe Gilbert, who is not considered a true sprinter like Cavendish and Goss, had tried to toughen the race for the sprinters by Belgian teammates on the attack.

But the pace being set meant he was given little opportunity to launch any trademark attacks. In the finale he sprinted, but could only finish 17th.

“We tried to make the race as hard as possible but the British and the German teams controlled it pretty tightly,” said Gilbert.

“It was impossible to stay out in front without being chased down. It just proves what I said before the race, I wasn’t a favourite on this kind of course.”

It was a sentiment that Goss confirmed: “It’s really difficult to ride away on this circuit when the bunch is going that fast.”

After his key lead-out man Tony Martin and three other Germany teammates were caught behind, Greipel admitted he had to change tack.

“We were helping Britain in the chase up until the crash, but we had to change our plans after that,” said the German, who won his maiden Tour de France stage in July.

“It’s just a pity Tony got stuck behind. We had brought the best German team I could have for this race.” 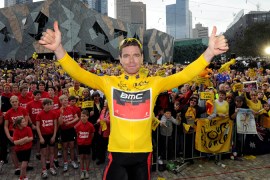 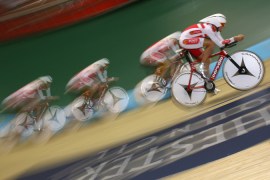 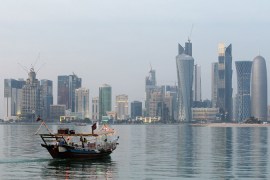