Novak Djokovic has stunned the tennis world with his start to the 2011 season.

Unbeaten in any tournament this year, his form seems to have come out of nowhere.

Granted, he is a very talented player. His 2008 Australian Open success was touted as the beginning of a Grand Slam run for the Serb, but it wasn’t until 2011 that he repeated the feat.

Not that his form has been poor. He reached the semifinal of Wimbledon in 2010, before following it up with defeat to Rafael Nadal at the US Open the same year.

Perhaps his initial success came a bit too early. At 23, he is now coming into the prime of his career.

And that is a scary thought.

The greatest test of his new-found form will be the months of May and June; the clay court season.

Nadal, world number one, reigning French Open champion, the greatest clay court player in history, is a force to be reckoned with.

Rational thoughts would suggest that the Serb’s unbeaten start to the season will end during his clay campaign.

But he seems to possess an air of invincibility around him, reminiscent of Justine Henin in 2007, when she only lost four matches throughout the entire year.

The French Open is an obvious target for Djokovic, as is the top ranking, and few would bet against him reaching it at some point in his career.

Whether that will happen this year is an altogether more interesting consideration.

As it stands, Nadal holds a 3,000 ATP point lead over Djokovic. With the Spaniard defending the title, Djokovic could easily better his 2010 quarterfinal run.

And then comes Wimbledon, just a month later.

Should Nadal fail to defend either of those trophies, his ranking will be under severe pressure.

However, with his recent form showing no signs of decline, there is little to suggest he will buckle.

The Spaniard made history with his seventh straight Monte Carlo Masters win two weeks ago, and followed it up by winning the Barcelona Open a week later, events Djokovic didn’t play.

We’ve yet to see him play on the clay; the Serbia Open is his first tournament.

But with four tournaments played, and four titles gained, his form is unquestionably good.

He already has three wins over Roger Federer and two over Nadal this year alone, in the finals of Indian Wells and the Sony Ericsson Open.

And then there was the Australian Open win over Andy Murray in January.

Djokovic has the potential to join Nadal and Federer as one of the greatest tennis players the world has ever seen.

Despite the slight hiatus in his progress, he seems to have found the kind of form players only dream about.

And I for one see it continuing for the rest of the season.

Rafael Nadal – watch your back! 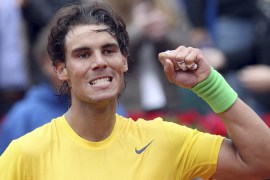 The clay court king continues his inspired run of form with 6-2, 6-4 win over David Ferrer. 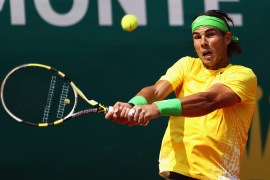 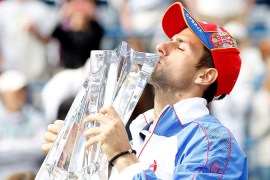 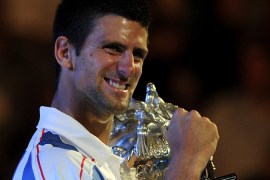