Formula One’s governing body upheld a $100,000 fine for Ferrari but kept alive Fernando Alonso’s hopes of a third title after deciding to impose no further sanctions for the use of banned ‘team orders’.

Race stewards had handed the fine to the Italian glamour team after the German Grand Prix at Hockenheim in July when Ferrari were found to have ordered Felipe Massa to allow Fernando Alonso victory in a one-two finish.

That decision was referred to the International Automobile Federation (FIA)’s world motor sport council for consideration, with the threat of sanctions that could hit the team and drivers hard.

In the end, after a hearing in Paris that lasted some three hours on Wednesday, the governing body decided to review the rule that outlaws such orders and allow Ferrari to compete in their home Italian Grand Prix at Monza this weekend with a cloud lifted from over them.

The decision was announced by the governing body in a brief statement nearly three hours after the meeting had ended and with reporters pacing the pavement outside with increasing frustration after a wet afternoon.

While sure to dismay those who had hoped for a firm response to the manipulation of races, it would have delighted those who feel such orders have always been a part of the sport.

“After an in-depth analysis of all reports, statements and documents submitted the judging body has decided to confirm the stewards’ decision of the $100,000 fine for infringing article 39.1 of the sporting regulations and to impose the payment of the costs incurred by the FIA,” the FIA said in their statement.

“The judging body has also acknowledged that article 39.1 should be reviewed and has decided to refer this question to the Formula One sporting working group.”

Double champion Alonso, who was not present at the hearing at the FIA’s Place de la Concorde headquarters, could have seen his title hopes disappear had the FIA decided to strip him and the team of the points won in Germany.

The Spaniard is fifth in the standings and 41 points behind leader Lewis Hamilton of McLaren with six races remaining.

Ferrari, who would have had a one-two finish at Hockenheim even without the banned team orders being invoked, are third overall and 80 points adrift of leaders Red Bull.

The team noted the decision taken by the FIA, whose president is former Ferrari boss Jean Todt, and expressed their appreciation of the proposal to review the rules.

“Now, all the team’s efforts will be focussed on the next event on track,” they added in a statement.

The hearing, attended by Ferrari team boss Stefano Domenicali and F1’s commercial supremo Bernie Ecclestone, was as much about the very nature of the sport as one single offence.

It was also the first big test since Todt, who was boss at Ferrari in 2002 when that team triggered worldwide outrage and the ban on team orders by ordering Brazilian Rubens Barrichello to let Michael Schumacher win that year’s Austrian Grand Prix, took the helm of the FIA from Max Mosley.

Mosley had said last month that Ferrari should receive a stiff punishment with points deducted from both team and drivers. 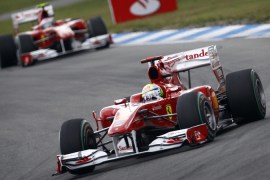 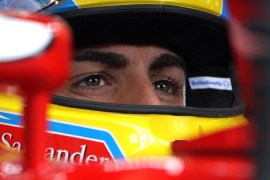 Motor sport governing body to decide on whether Ferrari or their drivers should have points deducted over ‘team orders’. 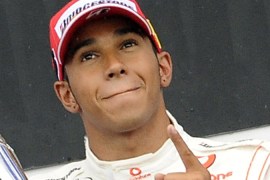 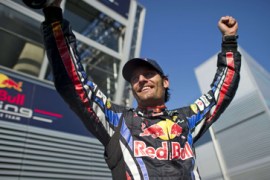