Portugal coach Carlos Queiroz has been handed a six-month ban by the country’s anti-doping body for insulting their officials.

News of the suspension had first surfaced in the local media on Monday with Queiroz saying then he would appeal the Portuguese Anti-doping Authority (AdoP) sanction “before the Court of Arbitration for Sport”.

The under-fire Portugal coach has asked for the ban which he termed “erroneous and abusive” to be suspended pending his appeal.

The former Manchester United assistant manager is already serving a one-month ban given by the Portuguese Football Federation for insulting officials who had turned up to test his players at a pre-World Cup training camp in May.

In a statement on Thursday, government-run AdoP claimed Queiroz had “hindered the collecting of samples” as a result of “the hostile environment generated around the operation”.

The 57-year-old will miss Portugal’s first two Euro 2012 qualifiers on Friday and next Tuesday, as well as a further two qualifiers in October.

He faces trouble on a separate front after accusing Portugal Football Federation vice president Amandio de Carvalho of trying to get him kicked out of his job.

He was heavily criticised for Portugal’s World Cup finals campaign where they went out in the last 16, losing to eventual champions Spain.

Assistant coach Agostinho Oliveira will coach the team in the Euro 2012 qualifier against Cyprus on Friday. 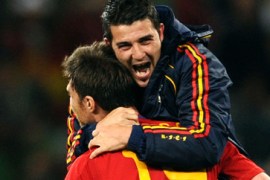 Villa in the sun for Spain 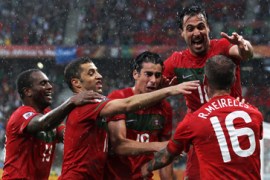 Portuguese knock out North Korea with 7-0 win as Chile and Spain win and French row.